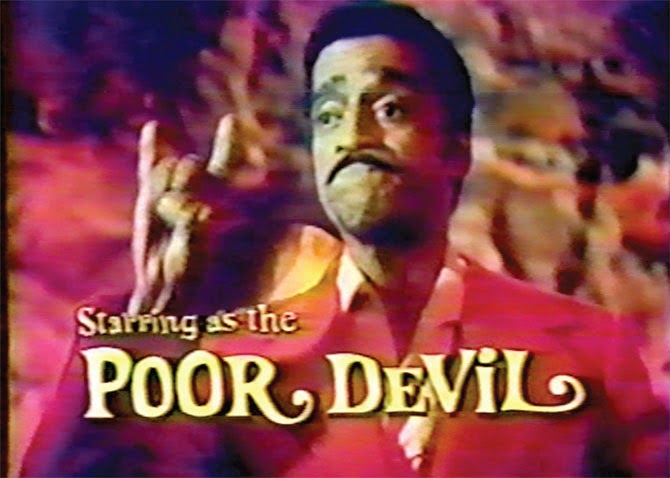 Poor Devil ~ This failed TV pilot/made for TV movie is one I have been trying to locate for a while. I saw it a couple times as a kid and then never again, until recently I discovered it on YouTube. From 1973, Poor Devil stars Sammy Davis Jr. as a devil named Sammy. Sentenced to the furnace room of Hell, he's just trying to catch a break and get promoted, you know, up to a good devil position like buying souls.

In this case, the client is Jack Klugman, in his "Odd Couple" prime, trying to get revenge on his boss. He plays a similarly never promoted junior accountant who's just been overlooked after spending twenty-five years working at a department store in San Francisco. Frustrated, he finally says he'd sell his soul to get even with his superior. Along comes Sammy. 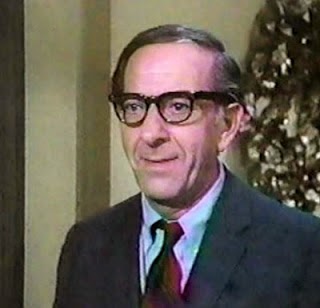 Klugman is always good, even as the nebbishy wimp he plays here. Sammy fills his scenes with class and enthusiasm, and sharp duds. This is the early seventies after all and everyone is dressed to the nines, especially in Hell, which is run like a corporate office (all in Satanic reds) that would make Don Draper proud. Christopher Lee rounds out the cast as the mod young Lucifer. The real standout of this flick however is Adam West as Klugman's slimy boss. This anti-Batman role was probably the template for Gary Cole's Bill Lumbergh from Office Space. Yeah, he's that big of a jerk. 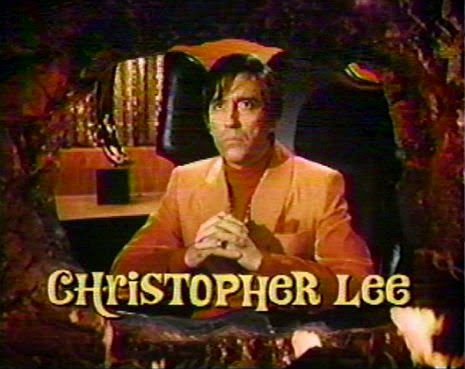 Klugman's plan for revenge is to empty the department store the night before the biggest shopping day of the year - December 23rd. Yeah, this is also one of those Christmas movies that happens at Christmas but it's not really a Christmas movie. Yeah, I know, a Christmas movie with devils. I can definitely understand why NBC didn't pick it up as a series.

While it's hopelessly dated, but in a good way, and unfortunately slow in some places... I found that it still holds up. It was simple, but I enjoyed the flick. Catch it on YouTube if you get a chance.