Lady in a Cage 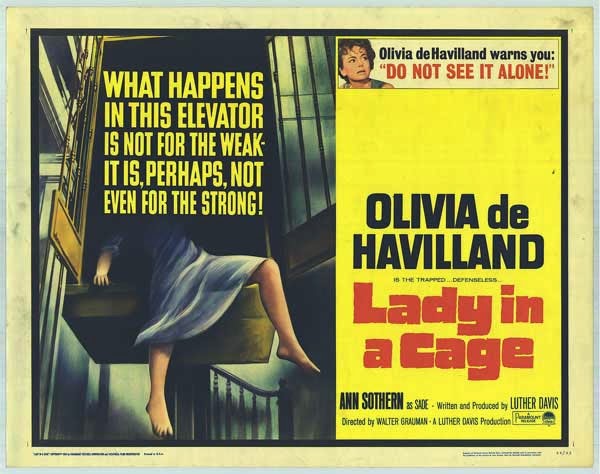 Lady in a Cage ~ There was a time in the sixties when some of the queens of old Hollywood tried to make minor comebacks by appearing in low budget Hitchcock wannabe thrillers. There was Hush... Hush, Sweet Charlotte, Trog, and the classic What Ever Happened to Baby Jane?. One might even throw Jane Russell in Born Losers into the mix as well. 1964's Lady in a Cage was Olivia de Havilland's turn.

The premise is simple. De Havilland is a rich white lady recovering from a broken hip. In the days before motorized stair climbers, she has a cage elevator installed. When a power failure stops her midway between floors, she is terrorized by young punks in her own home. She is the Lady in a Cage. 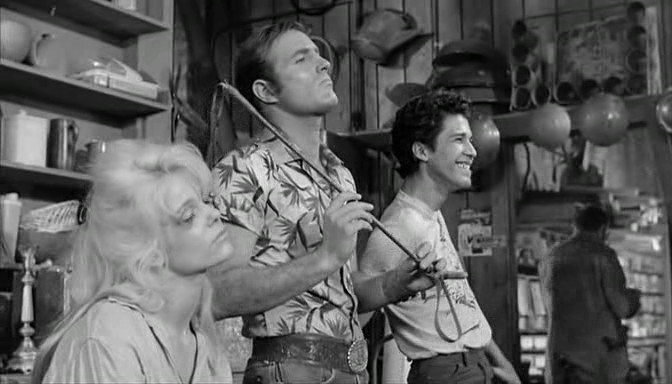 The leader of the tough juvenile delinquents is a very young James Caan, and his savagery is terrifying, reminding me of the similar performances by Martin Sheen and Tony Musante in one of my favorite films, The Incident. Caan is cool cruelty in this role. Also in the cast are Ann Southern, Jeff Corey, Scatman Crothers, and the recently deceased Richard Kiel.

Olivia de Havilland both gives a great performance alone and equally frustrates viewers who might put themselves in the same situation. As mad as one might get at her for not just jumping from the elevator, the rest of the characters are much more hate-able. The film quickly turns to a parable about what monsters people are, and then quickly into a generation gap horror story. There's more here than meets the eye.

What might at first seem silly and dated, is at times a true terror. Not great, but if you're into camp horror in the William Castle vein, you might just dig it.