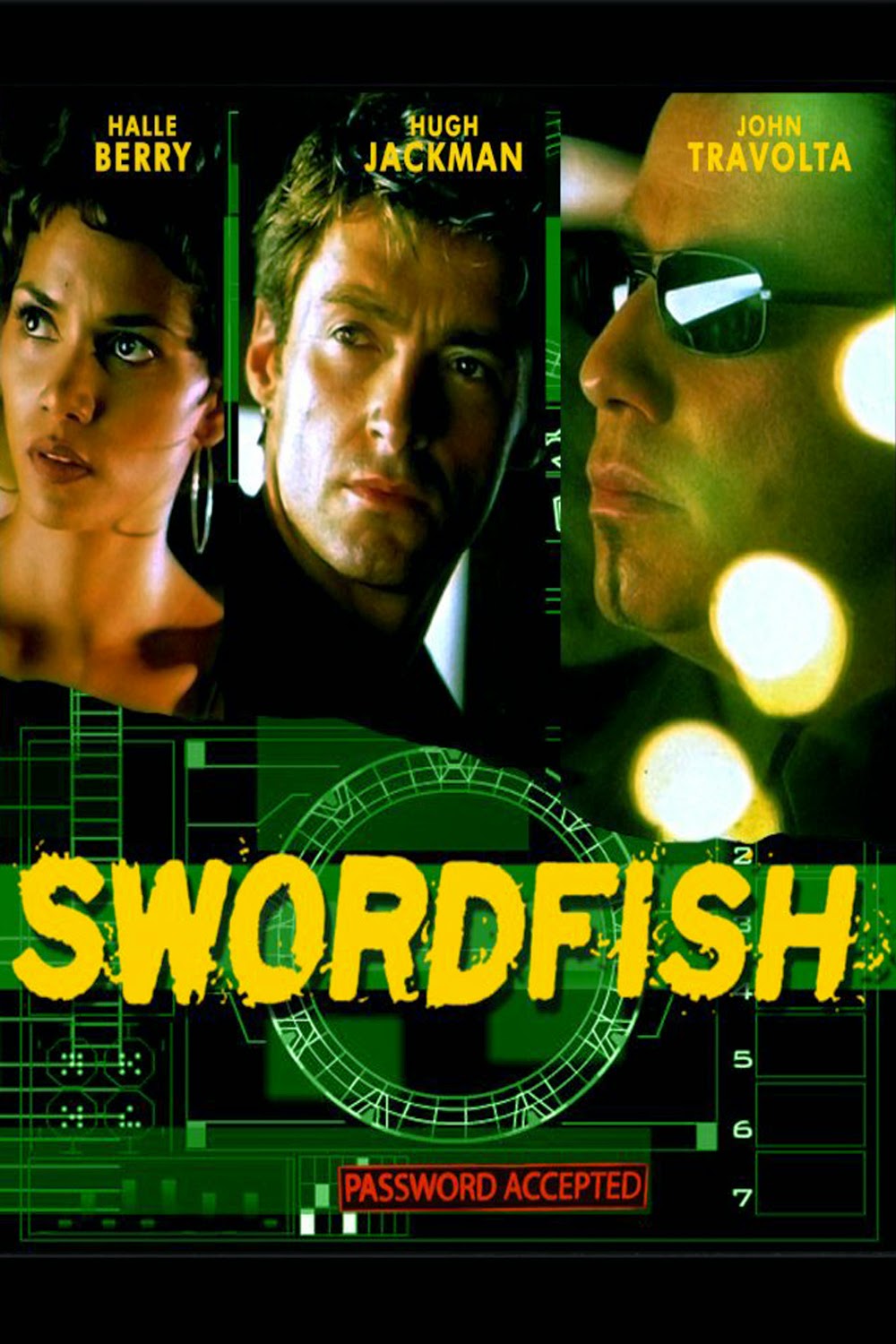 Swordfish ~ I never saw Swordfish in the theaters, or even on tape or disc since. I knew it only for its legendary topless scene with Halle Berry, and that was it. Flipping through the channels the other day I caught John Travolta's monologue on Dog Day Afternoon and cinema in the beginning, and just from that, knew I had to see this. I checked the next time it was on (so I could see it in its entirety) and DVRred it.

When I sat down to watch, that intriguing opening scene became a tense hostage situation and then into an explosive conclusion. I liked it and wanted more - only to be hit with the caption "4 DAYS EARLIER" - sigh. Now don't get me wrong, I like in media res when it's done well, but when I have to watch a lot if boring bits to get back to the interesting scene we started with? I'm not a fan of that. I think I would have much rather started at "4 DAYS EARLIER." 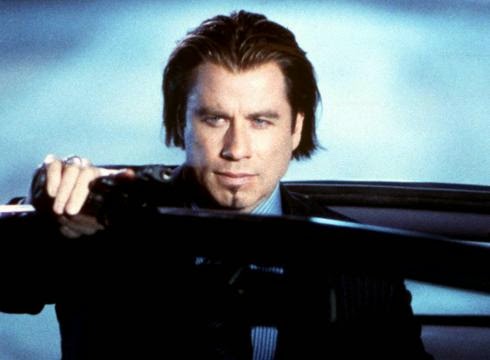 That is not to say what came after was not good, it is. Hugh Jackman and Halle Berry, both fresh from the first X-Men movie, are really good, as is Don Cheadle, but then again Don is always good. Travolta is still feeding off his crazy cool vibe from Pulp Fiction and Broken Arrow, and Vinnie Jones exudes appropriate subtle menace. The problem is, the opening never leaves my mind. I know what's coming and it sours the set-up.

Here's the gist. Travolta is a mad anti-terrorist terrorist who wants to rob a bank to finance war, yeah, just war, to protect the freedoms Americans take for granted. To do this he recruits super hacker Jackman, and Berry, who unknown to him is a DEA agent. Beyond that it gets cloudy. There are lots of gunfights, car chases, and explosions - all the good stuff that makes for a good heist thriller. It's good if you don't think about it too much. 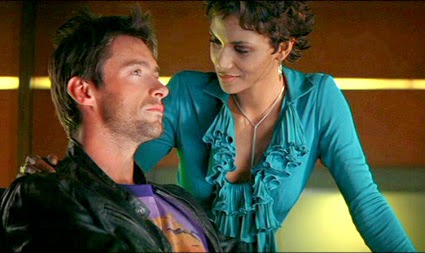 Another problem of Swordfish is the same that shows up in any hacking movie from WarGames to Hackers, the technology and the methodology are usually outdated by the time the flick hits the theaters, and in the case of old men like me watching it fourteen years later, it's positively ancient and unbelievable. And when the film comes full circle back to the present of the opening, it's very sloppy. Not worth it at all.

The anti-Dog Day Afternoon ending is intriguing, and makes me wonder if what writer Skip Woods and director Domenic Sena really wanted to do was remake that movie. Or Sugarland Express. The airborne bus sequence is freaking amazing, and unbelievable, but it's so cool and visually stunning, you just roll with it. 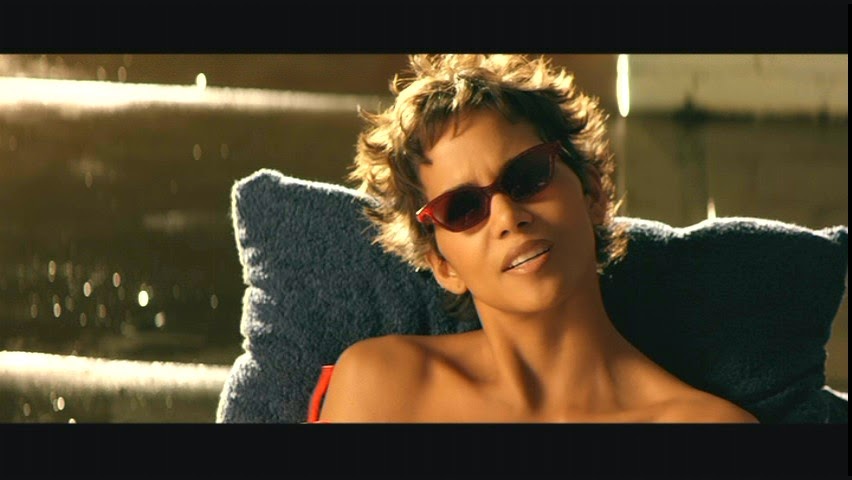 At the end of the film Travolta says, "not everything ends the way you think it should, besides, audiences love happy endings," and earlier he praises the work of Harry Houdini with misdirection. Is it any wonder this movie has an alternate ending? In Swordfish's alternate ending, depending on your perspective everyone gets a happy ending, or the good guys win. You pick. I kinda like it.

And yes, Halle Berry's all too brief topless scene is spectacular and worth the price of admission.