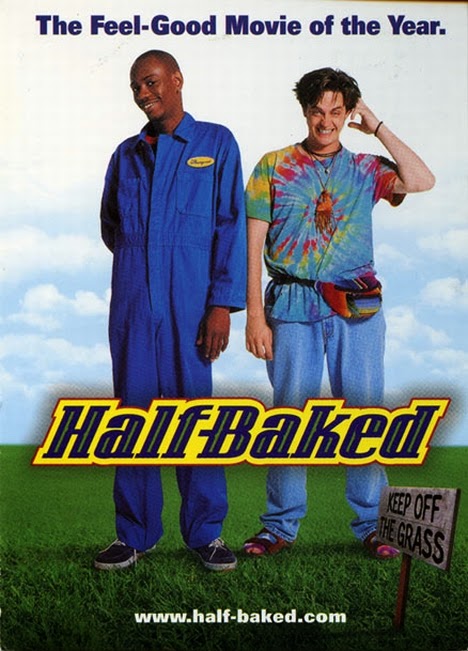 When "The Dave Chappelle Show" debuted on Comedy Central, I loved it, and I laughed and laughed. I became an instant fan. I had never known however where he came from. He couldn't have just appeared as a full-blown superstar overnight, right?

His claim to fame was a movie called Half Baked, one that as a stoner comedy was never on my radar. Shrugs. You win some, you lose some. When I found out about it, and saw it also starred another actor I like a lot, Guillermo Diaz, I decided it was probably time to see it. The next time it came around in rotation on IFC, I DVRed it.

Also in the cast are Jim Breuer and Harland Williams, and along with Diaz, and Chappelle, who also co-wrote it, and whose character narrates it - these are our four main stoners, I mean characters. You can plainly see the genius already in Chappelle, and the others follow suit. Stoned since ninth grade, these four grow up to be not just stoners but slackers too. When Williams go to jail, the other three come up with a pot-selling scheme to raise bail. 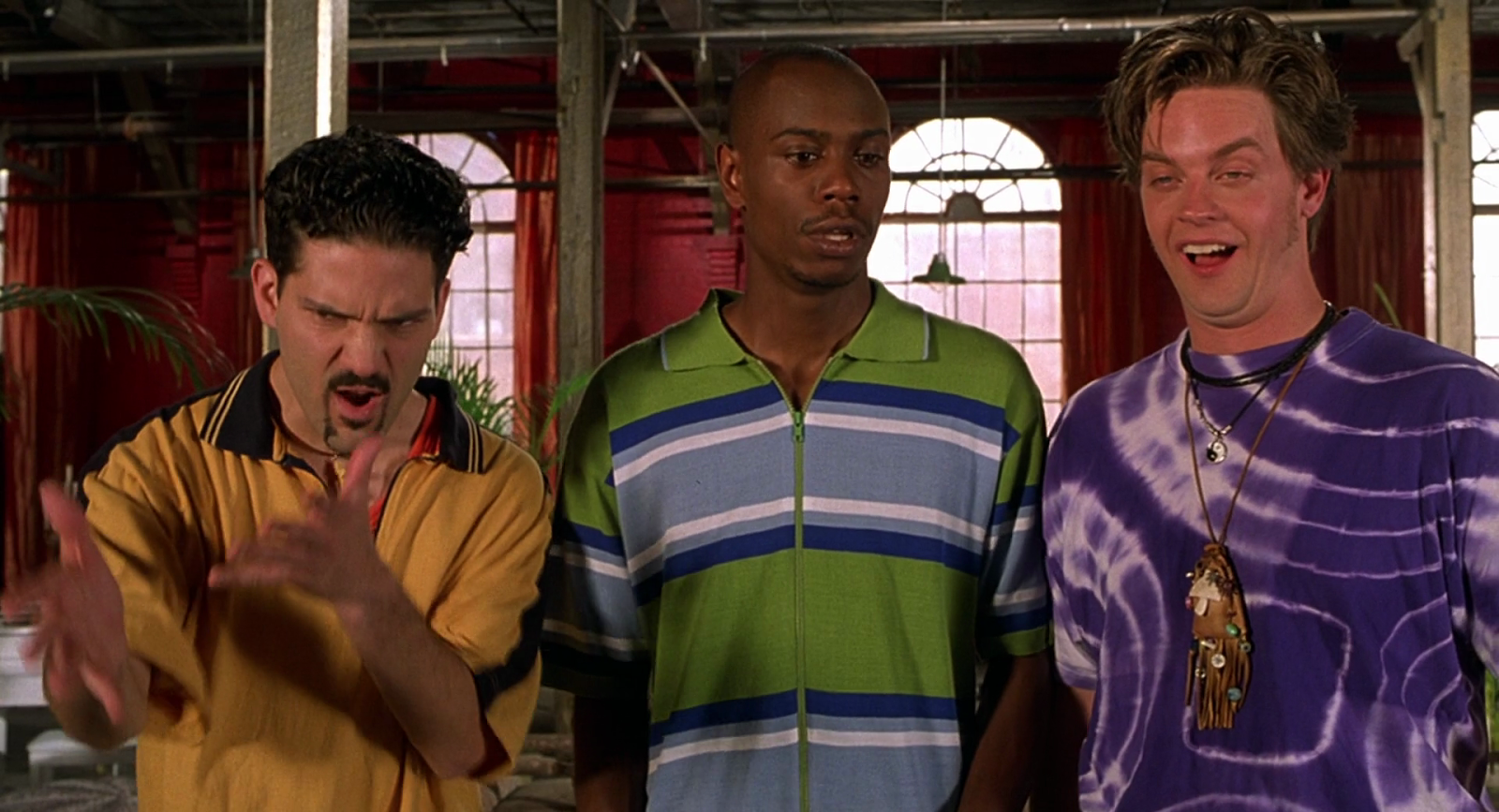 While the flick can easily be dismissed as a stoner comedy, it's also interesting to watch the early evolution of Chapelle. Diaz is very different from his current "Scandal" incarnation. He certainly made a transformation over the years. Williams has always been goofy, and Breuer has made a career of looking at least perpetually stoned. Steven Wright is also fun in his minor role.

Half Baked is also directed by Tamra Davis who previously worked in music video and now works in television, but along the way has done some really innovative stuff like Guncrazy. Her cred puts the movie in a higher bracket than the average stoner comedy. 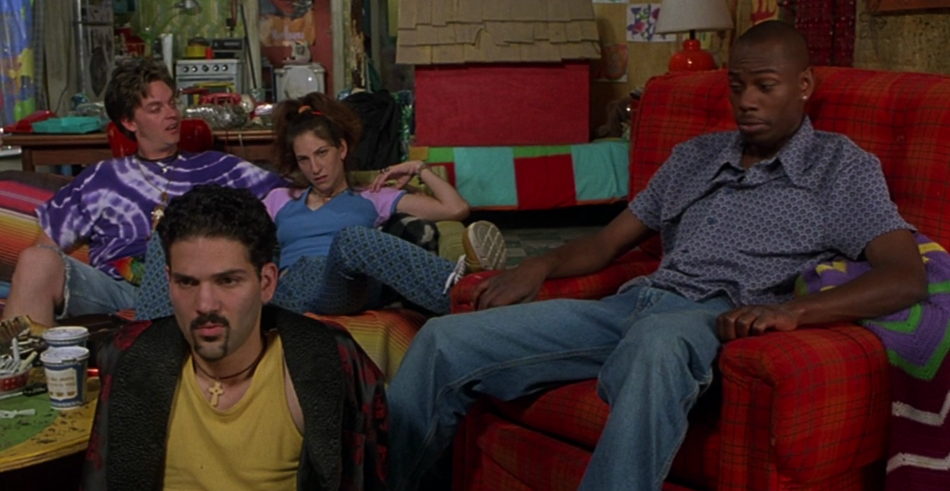 For the most part, it's a fun flick, only slowed down by an actual plot and subplots. It's much better with just the stoner humor without trying to be a real movie. And of course I bet it's a lot funnier if you watch it while high.