"Marlene on the Wall" by Suzanne Vega


This alt folk tune song from 1985, the first single and video from Suzanne Vega's self-titled first album, a while before she hit big with "Luka" or "Tom's Diner," stirs a hard memory for me. 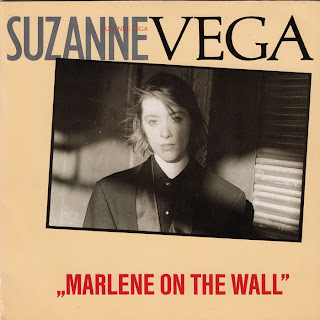 At the time it was the favorite song of an African-American girl I dated only twice. I thought I was cool with the racial differences between us, but obsessed constantly about how crazed my parents, especially my dad, would be if they found out. She insisted she wasn't going out with my parents, she was going out with me.

In the end it didn't work out. Two dates and it was over. I was an idiot, she was smarter than me, and the relationship was a lost opportunity I have regretted blowing for years. The song still makes me sad.

Suzanne Vega had a fairly successful run after "Marlene," with notably the two hits I mentioned above, from one of my fave albums of the genre, Solitude Standing. She continues to perform, record and is a musical pioneer in the digital world.