Giant from the Unknown

Giant from the Unknown ~ This 1958 'cult classic' should be bait for "Mystery Science Theater 3000" if it already isn't. Even the title is the stuff of bad filmmaking. It's not a giant, and they know exactly where he came from.

Now that's not to say that the flick isn't entertaining, from both an unintentional and dated point of view. It's got all the hallmarks of a 1950s horror flick. Sexism abundant and teenagers that aren't listened to, as well as the well meaning scientist and the anti-youth police, it's all here, along with a big old conquistador frozen in suspended animation. Bad writing and bad acting, yes, but good for an evening of Ed Woodiness in the best way possible. 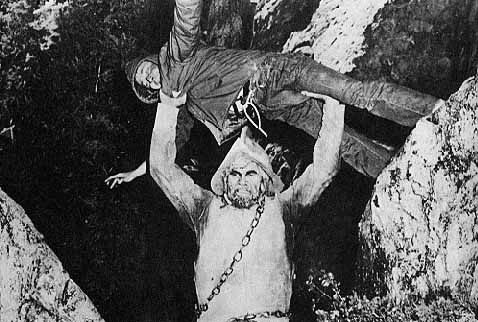