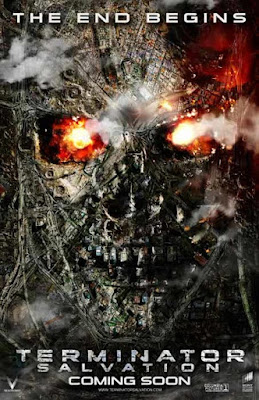 Terminator Salvation ~ Despite frequent and extreme action sequences I really found myself quite bored by this sequel/prequel/reimagining of the Terminator films. I like McG a lot but he's no James Cameron and the flick suffers much by its father's absence. I also much disliked the use of the Technicolor OZ process which creates that gray/silver drab world on film. I get it, things are depressing in the future, but show me in other ways than adjusting the camera lenses.

It's hard to watch this film without remembering the incidents which marred its making, most notably Christian Bale losing his mind and verbally abusing a cinematographer. I personally was bothered by Bale in that he has a perfectly good, grim, and humorless voice here, which he could have used for Batman instead of that unintelligible growl in The Dark Knight. I wish we could have had more of Common, and lots more of Moon Bloodgood - she is always excellent in everything she does. 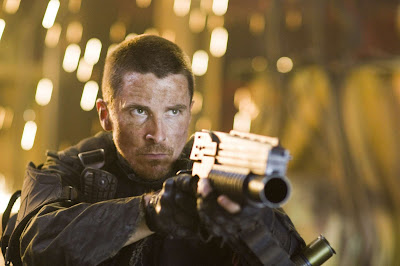 There are a few bits that are bonuses for fans of the previous films and even the TV series, but that's about all those familiar with the mythos get. This is a new vision, only set barely in the trappings of what went before. There are no real surprises. If this was the first Terminator film, it would have no sequels. Worth viewing only as a curiosity.