What’s So Wrong with Tradition? 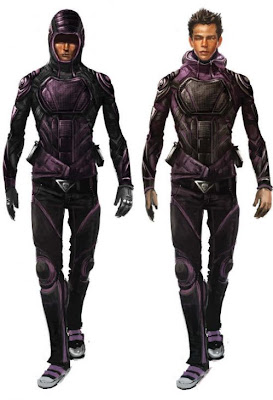 As Syfy readies its newest TV mini-series/pilot based on Lee Falk’s classic Phantom, all I can think of are two questions. What’s so wrong with tradition? And if it ain’t broke, why 'fix' it?

There is a reason that properties that have been around for decades are so successful in their original source material. They work. And if they aren’t broke, why does Hollywood always have to 'fix' them? Batman doesn’t need an army surplus vehicle for a Batmobile. The X-Men don’t need black leather outfits. Flash Gordon shouldn’t be a teenager. Superman isn’t a stalker, or a deadbeat dad.

And the Phantom isn’t some kid who refuses to wear the uniform everyone before him has worn. If he doesn’t, he’s not the Phantom. If the folks at Syfy insist on doing this, why don’t they just come up with their own heroic adventure series, cuz this ain’t the Phantom.

This ‘re-imagining’ of Lee Falk’s classic Phantom comes to Syfy in 2010.