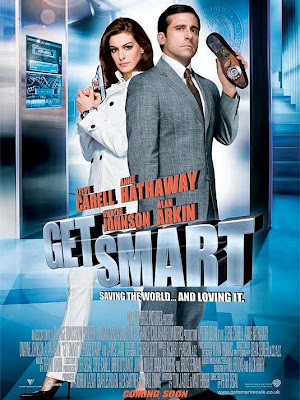 Get Smart ~ It is really really difficult to screw up a “Get Smart” movie. Looking at the past attempts - The Nude Bomb in 1980 and Get Smart Again for TV in 1989 – two of the worst movies ever made, you would really have to try diligently to make something worse. Despite the shadow hanging over this film, the 2008 remake of “Get Smart” isn’t bad, it’s not bad at all.

The cast is fun. Steve Carel is a comedy genius, and has yet to fall into any of the traps Jim Carrey (who incidentally was originally cast) did when he was on top. Anne Hathaway is always a delight on screen, and her chemistry with Carel is delicious, inspiring positive comparison to the originals, Barbara Feldon and Don Adams. Always good to see Alan Arkin, and The Rock, Dwayne Johnson rules every scene he’s in. Bill Murray makes an embarrassing cameo while James Caan shows a real flair for comedy as the President. Terrence Stamp does an interesting impression as the typical Malcolm McDowell villain. Even Masi Oka of “Heroes” and Nate Torrence are fun. I wish however that Patrick Warburton as Hymie had been throughout the film rather than half a minute at the end. There is even a quick but great cameo by Bernie Kopell, who played the original Siegfried. But it’s not the cast I take issue with. 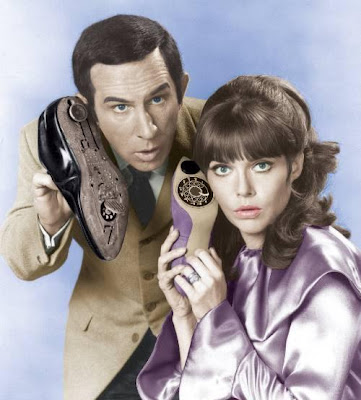 Why does this have to be a “Get Smart” movie to begin with? Name recognition? Surely not. No one who was alive when the program first aired or even when it was in syndication is among the major movie-going demographic these days. Is it to make more money for poor Buck Henry, the creator of the series? Maybe. That’s really the only reason I can see. And let’s face it, unless we count “Quark,” Buck does deserve it.

The reason I question this is because really the only weak parts of this film are the “Get Smart” gimmicks and where Carel does his bad Don Adams impression. That’s where it falters, when it tries too hard to be “Get Smart.” If you removed all of those references this would be a fairly strong but simple spy comedy. Really, if you needed name recognition that didn’t make sense to the demographic anyway, why not make it a sequel or remake of Spies Like Us? It works just as well. Worth watching, but I don’t know if I would feel good about paying for it.