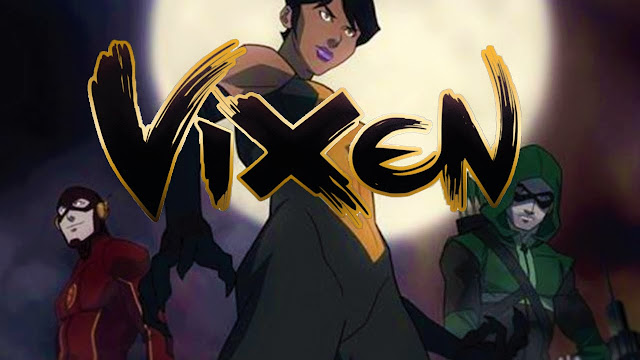 Having an adult animated series about a super-heroine of color is a wonderful thing, if only more folks knew about it. The genius mix of James Tucker and Greg Berlanti at the helm, along with setting it in the loose Arrowverse, that also features The Flash, Constantine, Arrow, and yes, even Supergirl, makes Vixen a truly hidden gem.

And hidden it is, on the CW Seed application for your phone or mobile device. This app also features the 1990s CBS television of "The Flash" starring John Wesley Shipp. There's other stuff but I can't remember what else, so it's not really even genre specific, or even a lot. This would a great place to put "Constantine," again provided the CW let anyone know about it. 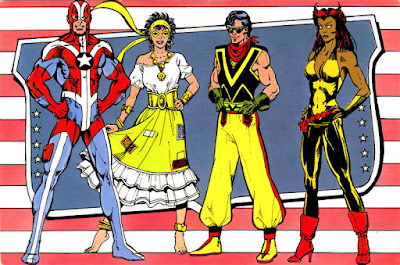 Like most most comic readers, my first introduction to the Vixen character was in the ill-conceived, much-maligned, and underestimated critical failure known as 'Justice League Detroit.' In a deconstruction of the classic team, Aquaman disbanded the Justice League then rebuilt it using heroes who could give their time 24/7. A similar concept was done in Avengers in the 1960s when that team became 'Cap's Kooky Quartet,' basically Captain America and three former villains - they had to prove themselves the Avengers. Same thing here, mostly unknowns, including Vixen, and they were headquartered in Detroit. 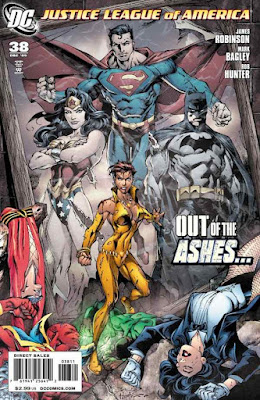 This was where I first read Vixen, I'm sure she was around before that, in ads at least, before the infamous DC Implosion that cut production on much of the DC Comics line. Vixen may have even made an appearance or two but her advertised solo title never happened. Bad planning and bad economy killed a lot of good ideas that year, Vixen was only one of them.

Vixen had a sort of resurgence in the DC Animated Universe, appearing in "Justice League Unlimited" and later "Batman: The Brave and the Bold" before becoming part of the Brad Meltzer 'big guns' Justice League of America team in the comics. Now with her entry into the Arrowverse as the first animated series on CW Seed, she'll finally get the attention she deserves. 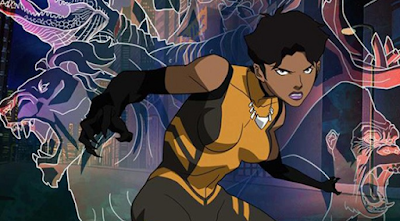 In the comics, model Mari McCabe is in possession of the Tantu Totem that allows her to access the abilities of certain animals for herself. With powers similar to Animal Man, but not quite, she is a terrific but criminally underused character. I'm happy to see her animated.

In the CW Seed series, in animation close to that television/anime style of the recent DC direct-to-DVD projects, we see her origins in the Arrowverse. Vixen's story is very good, but her first encounter with the Flash and Arrow is rather forced and weak, especially Cisco's naming of the character. It was kinda cool however seeing the two, hell, three heroes animated. And Mari's path of discovery to becoming a heroine is fascinating. I can't wait to see this animated Vixen come to life on "Arrow" this season.