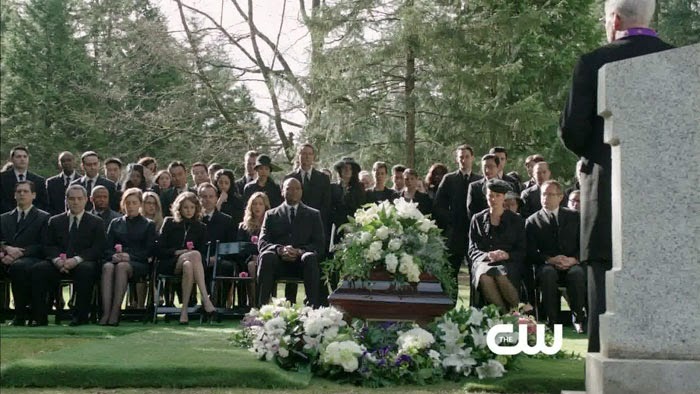 We open on tragedy - the funeral of Moira Queen and the swearing in of Sebastian Blood as mayor of Starling City. And Oliver is missing.

The feeling at the wake is pretty much as expected. Thea hates Oliver, is feeling guilty over her Mom's death, and in general tired of secrets. And really who can blame her? Felicity and Diggle are surprised by the appearance of Isabel who has ominous words for them, threats really. Isn't she supposed to be dead? I kept waiting for one of them to verbalized it but it never came. At least not right away. 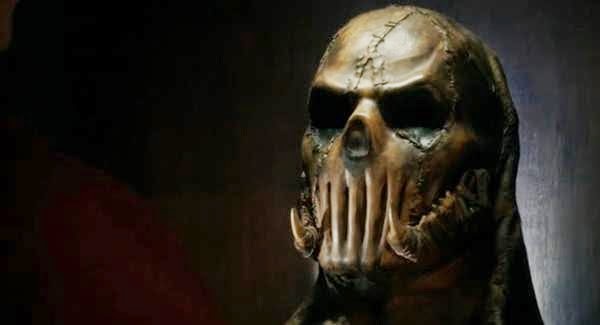 Oliver is not the only one in the wind. Sara has also drifted off the radar, and of course being the target of a manhunt, Slade Wilson is similarly missing. He does call Blood to congratulate him on becoming mayor however.

Speaking of Blood, Laurel and her dad plant a bug in his office and find he wrote a condolence press release the day before Moira was killed. All well and good, but isn't a red flashing bug the wrong thing to use on a stealth mission? There are also blinking explosive charges later. Why does it have to blink? Are we that dumb we won't know it's working unless it blinks? 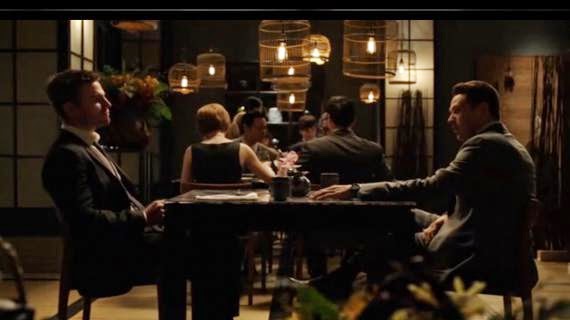 After the weekly reminder that the Flash is coming, Diggle takes Felicity to see Amanda Waller in hopes she'll help them find Oliver. She does. He's in his lair. His other lair. Yep, there's a backup Arrowcave. There they find Oliver, depressed and obsessed. He has decided to surrender to Slade and let him kill him. I guess someone has hit rock bottom.

And of course, Team Arrow is going to need a second Arrowcave because Isabel is evicting Thea from Verdant, as the club is owned by Queen Consolidated. And as we know, Verdant is on top of the not-so-secret Arrowcave. This may be permanent as the producers have promised a few changes of venue for the third season. 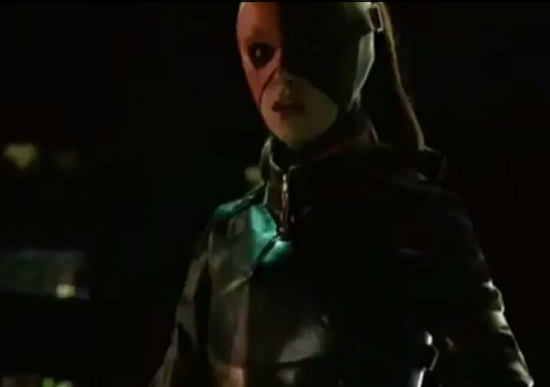 When Laurel joins Team Arrow, all the pieces come together. She connects the dots for Oliver regarding Blood and Wilson. It re-energizes Oliver and he goes to meet with Sebastian Blood in a public restaurant. The subtle menace between these two actors, Stephen Amell and Kevin Alejandro, is power and heat - great scene with all the cards on the table.

As the episode closes, Blood's army is on the loose, and things look very dark for Team Arrow and Starling City. With only two episodes left in the season, next time we have Diggle vs. Ravager, the return of Malcolm Merlyn, Arrow and Laurel buried alive, Quentin and Thea under attack by Blood's Mirakuru minions, and Felicity gets a call from Vibe. All this and more, next week.