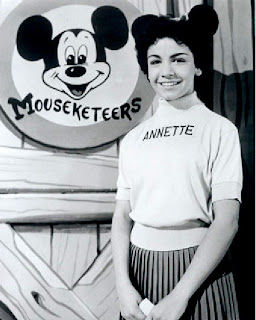 April has been lousy with famous deaths, and today we lost another great one. I grew up with Annette Funicello, and no, I'm not that old. In the 1970s, there were reruns of the original "Mickey Mouse Club" on TV every weekday afternoon, and the 1960s Beach Party movies ran quite often on the UHF channels. I was very familiar with who she was, and even dug her when she would appear on talk shows and variety shows, and even Skippy peanut butter commercials, of the era at her current age.

Annette was a regular on "MMC" as well as appearing in their serials and several other Disney television series and movies. Later she moved on to the popular Beach Party films with Frankie Avalon, as well as having many top ten hits as a singer, one of them eventually becoming the theme to "The Tonight Show" with Johnny Carson. She made a comeback in 1987 starring with Avalon in Back to the Beach, a clever homage to the Beach Party movies. 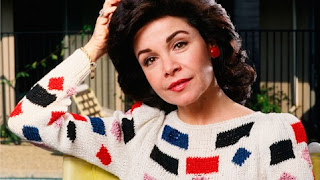 Continuing to sing, act, and make appearances over the next decade, Annette was eventually diagnosed with multiple sclerosis, complications of which finally took her life earlier today in California. We have truly lost another legend today, of many media. Annette Funicello will be missed.