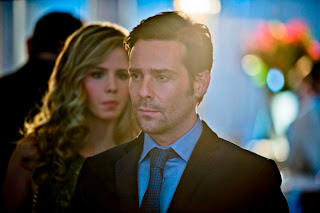 Lots of stuff going on in this episode, even though it seems a bit like a fill-in issue from the comics. First and foremost there's a new baddie in town, the Dodger, who uses hostages to do his dirty work in robberies. Basically if the hostage doesn't do what he says, he blows their head off by remote control. He also has a nifty taser stick similar to the old TV Green Hornet's Hornet Sting. For the record, Dodger is a minor Green Arrow villain from the comics, notably affiliated with the League of Assassins - the group headed by Ras al Ghul over in the Batman universe. 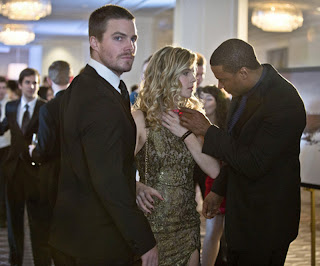 Also thrown in for good measure is Moira meeting with an old family friend named Frank who I suspect could be China White's father. Whatever the folks on The List are up to, it's coming soon, and the writers have given it a name - The Undertaking. Supposedly, according to Moira at least, it started as a way to help the Glades, the dilapidated area of Starling City where the 'Arrowcave' is.

Then there's also the grumbling fit Felicity has made on the Arrow team. For a temporary member, all she seems to be doing is causing trouble. She not only interferes with tactics in pursuing The List, she makes Diggle ask out his widowed sister-in-law Carly from Big Belly Burger, and Oliver ask out the beautiful Detective McKenna Hall from a few episodes back. Felicity has some kind of pull, eh? Neither date goes very well, sadly, at first at least. 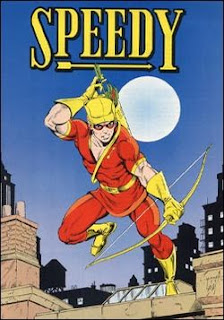 And then, yeah, then there's the kid in the red hood. He steals Thea's purse while she's walking with Laurel. His name? Yeah, you guessed it. Who else would be wearing red in a show about Green Arrow? His name is Roy Harper.

For those who read the comics, Roy Harper was Oliver Queen's ward, Green Arrow's sidekick in red, and the first hero to go by the name Speedy. He later became addicted to heroin, which Black Canary (Laurel in the show) helped him kick. He was later known as Arsenal and then Red Arrow when he took his mentor's place in the Justice League. Just for the record, Green Arrow later trained a second Speedy - her name was Mia Dearborn. "Arrow" has a close counterpart in Oliver's sister Thea Dearborn Queen. 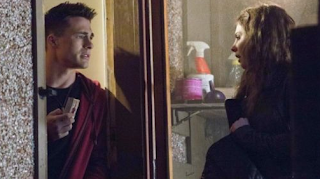 The TV version of Roy Harper survives on petty theft, neglected by his parents. In a switch, mom is addicted to Vertigo, and dad is dead, buried in Norris Cemetery, a nod to Paul Norris, the artist who co-created Speedy back in 1941 with writer Mort Weisinger. Other comics call outs this episode include the corner of Adams and O'Neil, the writer/artist team that brought us the award winning Green Lantern/Green Arrow series in the early 1970s. 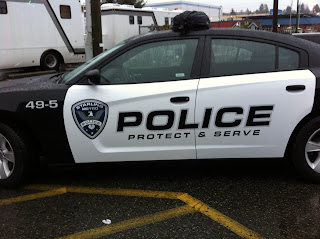 Apparently the Starling City Police, except McKenna, but Lance is included, are a lot like the old Philly cops or Gotham's cops. They have lots of ammo and don't give a crap about property damage. When they try to ambush the Dodger, they just open fire on an illegal fence's warehouse like they were in a Rambo movie. Who knows what kind of priceless antiquities were destroyed forever? 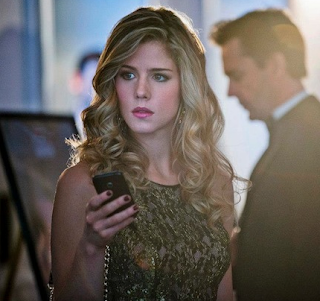 Emily Bett Rickards cleans up really nice as Felicity later in the episode when the Dodger turns her into a human bomb. I'd like to see her like this more often. As a bombshell that is, not as a bomb. And as far as bombshells go - our cliffhanger this episode? Moira has hired China White to take out Merlyn. Oh yeah, this is going to be bad... for everyone...