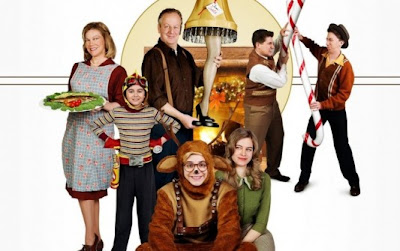 A Christmas Story 2 ~ This review should have been timely to the season, but Netflix never delivered the disc until we reported it undelivered. Not their fault, and I'm really not complaining. They've given our household superior service for at least a decade. One would just think with their delivery technique becoming obsolete, their technology outdated, and their selection diminished - they might just try a but harder is all.

On to the movie, and the review. I was very wary of this flick when I first heard about it. I am a huge fan of Jean Shepherd, both his numerous TV series and movies, and his books and stories. The original A Christmas Story was brilliant, as was its underrated and largely forgotten first sequel My Summer Story, also known as It Runs in the Family. From all indications, only the characters are the same in A Christmas Story 2, and it does not include any of Shepherd's work, or charm. 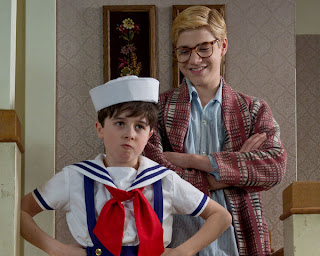 From the opening of the film, I was ill. The narration, the voice of the adult Ralphie, formerly that of the late Jean Shepherd, was now taken by screenwriter Nat Mauldin, doing a shamefully bad and consistently out of breath Shepherd imitation. So bad is this almost never-ending narration that it completely distracts from, rather than holding together the film. I found myself wanting to tell him to take a break, catch his breath, we would wait. Yeah, it's that bad. And the narration sets the tone, as everyone is doing a cheap imitation of the original movie.

The story is set six years after the first A Christmas Story, and has much the same plot. Ralphie wants a car instead of a BB gun. The catch is he wrecks the car and has to pay for it before his old man finds out about it. The acting is painful, and the actors should be ashamed for raping the corpse of Jean Shepherd. On the good side, the film does present a reasonably good facsimile of 1940s middle America. I guess that's where the money went. 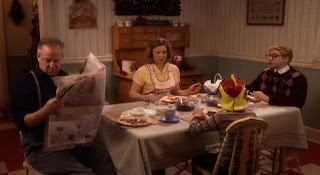 Steer as far from this shameful rip-off as possible. You will get a million times more enjoyment watching the original for the hundredth time than you will trying to watch this crap just once. Seek out the real Jean Shepherd in print, audio, and video - and forget this garbage.