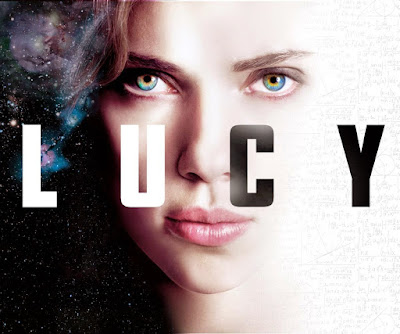 Other than being an action flick with a strong female protagonist, I have to admit that Lucy was never really on my radar as a movie I wanted to see. I do like Scarlett Johansson, both from Ghost World and as the Black Widow - yeah, I know, nerd alert - but the film's premise of someone gaining superpowers by accessing 100% of their brain just turned me off. It's just an absurd concept, even for science fiction, the ten percent brain myth is just nonsense. 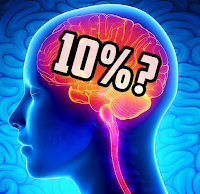 Two things got me to watch however when Lucy came around to cable. Writer/director Luc Besson, who dazzled me with a similar female protag in The Fifth Element, was one reason. The other was the opinion of a female friend whose opinions on film I usually respect. She is notably an art film fan with a disdain for blockbusters, action, science fiction, and pop culture. But she loved the movie Lucy. Yep, I had to see it. And curiosity killed the cat. 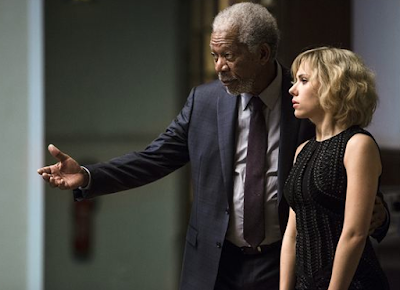 While Morgan Freeman lectures on the ten percent brain theory in alternating scenes, we watch Johansson in the title role accidentally infected with an experimental designer super drug. As Lucy quickly ups her percentage and becomes smarter and more powerful, she goes to war with the drug cartel that put her in this predicament.

While she's doing that, Lucy goes after more of the drug, and seeks out Morgan Freeman to help her with her own dwindling mortality. It's at this point the story starts counting down, or up considering what percentage of brain power she's using. Among her powers are invulnerability to pain, remote viewing, telekinesis, and time travel. Yeah, this movie is a trip. 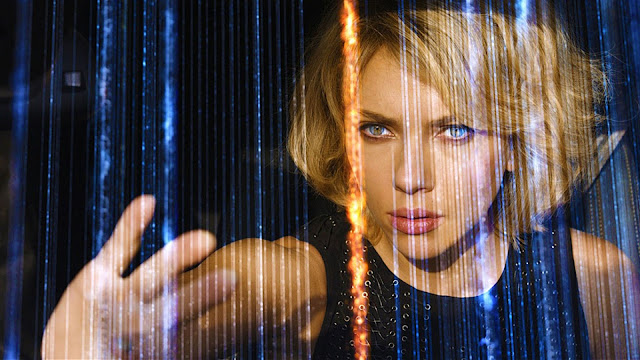 Lucy is very show rather than tell, colorful, vibrant, and visually stunning - just what one would expect from Besson. This is not a film you can casually watch as it requires your full attention. That type of storytelling requires a top-notch performance from Johansson, and she does not disappoint.

There's a whole lot of cool special effects, some wink-wink nudge-nudge philosophy, a little bit of religion, and a whole lot of back alley pseudo-science. Yeah, I kinda liked it. Lucy wasn't perfect by any means, but it was mindless fun. And no, I have no idea what my friend saw in this flick, but it's still worth checking out.