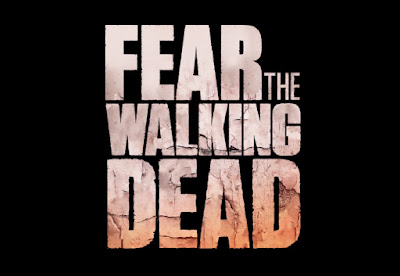 New territory. That's what AMC's "Fear the Walking Dead" is about. More than the bottom line of greed and money and cashing in on the idea of a companion series to the wildly successful "The Walking Dead," it's about unbound, source material-free storytelling.

As most folks know, "The Walking Dead" is based on the black and white Image Comic from Robert Kirkman. When he brought the series to television he made sure that it was different from the comics. While some of the characters, situations, and storylines are similar to the comics, they are not the same. Kirkman's thinking follows two lines of thinking - first, the television series is an alternate universe to the comics, and second, if the viewers knew what was going to happen, why would they watch? 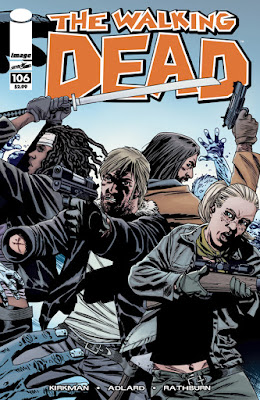 Still, in AMC's "The Walking Dead," if you read the comics, you did have some idea of what to expect, whether it played out that way or not. "Fear the Walking Dead" would be a whole new game however. The series would be clearly taking place in the same universe, but be happening in Los Angeles as opposed to the Atlanta area, and would also be more of a prequel.

"Fear" would occur while Rick Grimes was in a coma in the early days of the 'zombie apocalypse,' (and yes, I know there's no Z word in this world) before the original series. We may even learn how this all started, something that has never been fully explored in the comics. New territory.

From the previews, it would seem to be a subtle and gradual zombie takeover (how long was Rick's coma anyway?) that simultaneously conjures images of both Ferguson unrest and 1970s Battle of the Planet of the Apes. We're looking at military vs. walkers and a family caught up in the transformation of mankind from top of the food chain to prey on the run, at least from the quick cuts we've seen. 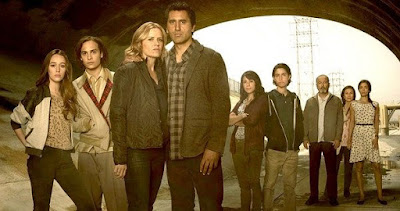 I'm looking forward to seeing Kim Dickens. I loved her in "Deadwood" and "Treme," but hated her in "House of Cards" and "Sons of Anarchy," so I'm also looking forward to finding out which Kim Dickens we're getting. I've always been a Ruben Blades fan and it will be fun to see Elizabeth Rodriguez in a starring role outside of "Orange Is the New Black."

So I'm excited for some new territory with "Fear the Walking Dead," maybe some answers, and maybe better stories than we have seen the last few seasons of "The Walking Dead." The series begins tomorrow night, and Marie Gilbert will be covering it for Biff Bam Pop!, watch for it right here.