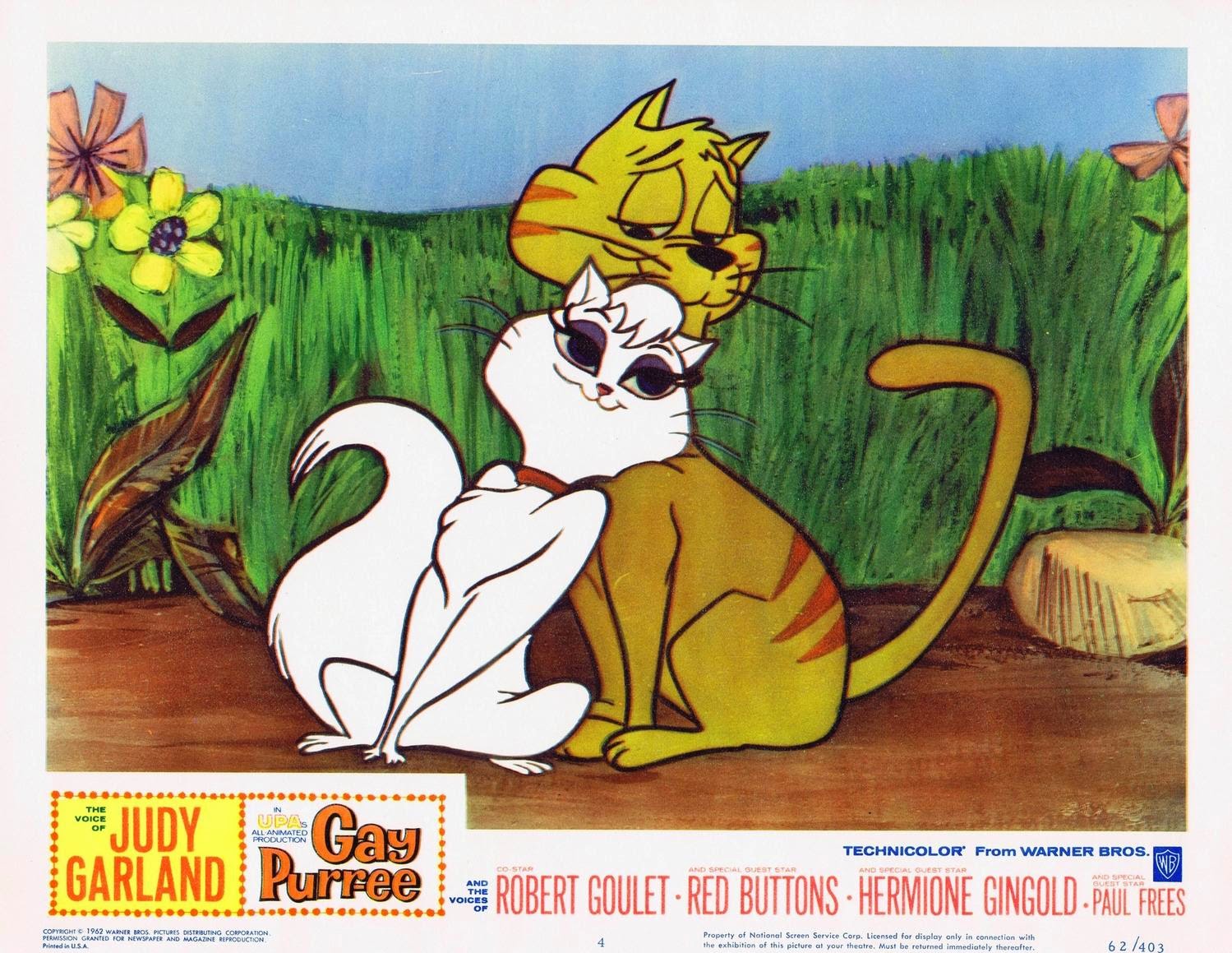 Gay Purr-ee ~ At a time when most animated features were made by Disney, this non-Disney entry is largely forgotten. Written by Chuck Jones and his wife, who was moonlighting on his regular gig with Warner Bros., Gay Pur-ee is the rather simple tale of a country cat who comes to the big city, Paris in 1890.

An animated musical, it stars Robert Goulet in his big screen debut and Judy Garland during one of her final comebacks. Uninspired songs, complex fine art inspired backgrounds, and failure to capture the imagination of either adults or children led to its unfortunate sweeping under the rug.

As a kid I remember being bored by it, but even then recognizing the later Chuck Jones style, and that I disliked it. As an adult, I do appreciate the backgrounds a bit more, but they do little to enhance the subpar Jones characters, mannerisms, gimmicks, and inadequate pacing. Red Buttons is annoying here, and the talents of Hermione Gingold are sadly wasted. 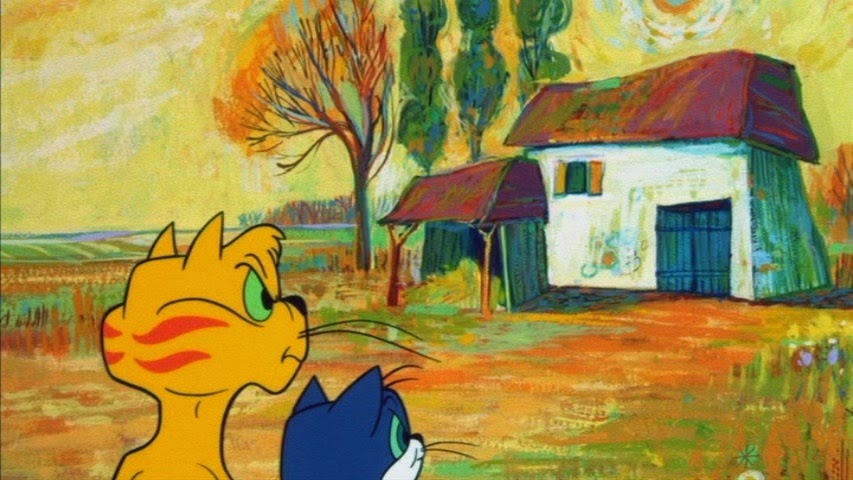 Judy Garland had moderate success with "Paris Is A Lonely Town," but truth be told, she could sing the phone book on her worst day and make it sound wonderful. The music here is not good, and none of the songs memorable. As opposed to today, the characters didn't even resemble the actors. Gay Purr-ee is nice to see maybe once, but perhaps otherwise best forgotten.