Legacy of the Blue Falcon 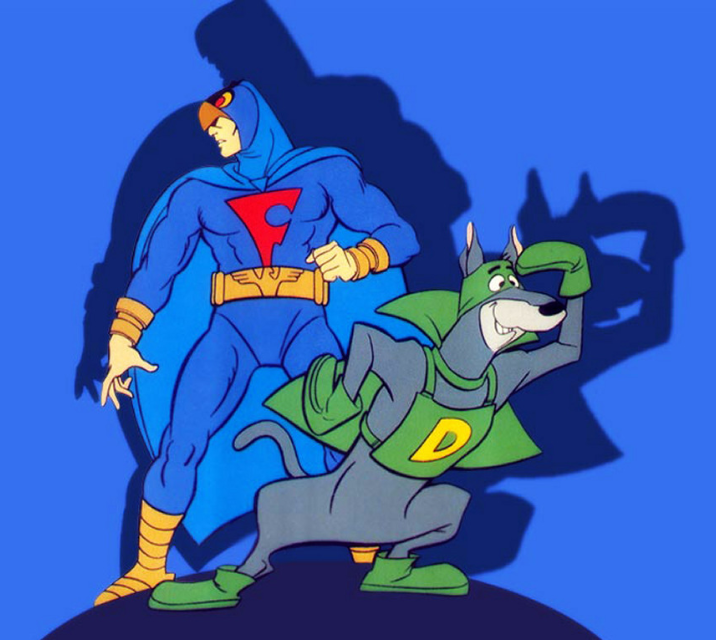 There was a dead zone in the middle of the 1970s when we really didn't have superheroes on Saturday morning television. Oh, they were there, they were just... neutered. They solved problems, fought pollution and litter, preached brotherhood, rescued kittens, and taught magic tricks and moral lessons. These are by no means bad things, but at the time, I knew all that stuff, what I wanted was for Batman to punch the Joker just once.

It was into this environment, full of neutered superheroes and teens and their dogs solving mysteries that Blue Falcon and his robotic sidekick Dynamutt the Dog Wonder were born. They were a bit of both worlds. The latter being the Scooby-Doo like comic relief and BF being the serious superhero. For me, a new superhero was sometimes better than an out of character superhero like the Super-Friends. 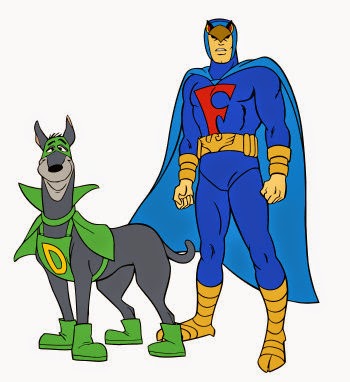 Blue Falcon was a wealthy socialite in Big City, Radley Crown, a loose Batman clone with more science at his disposal, well, obviously, with a robot dog. He had a great car that also flew, was summoned by a signal, and best of all, was voiced by Gary Owens. As shown by more than a couple crossovers (and sadly the Laff-a-Lympics), BF and DW were solidly in the Scooby-Doo universe.

Sometimes it was silly, but it was still superheroes on TV so I ate it up. Sadly though, after only twenty episodes, an apparent two seasons, our heroes were relegated to syndication. There were appearances, yes, on the embarrassing and aforementioned Laff-a-Lympics, and much later as a ridiculous recurring character on Cartoon Network's "Harvey Birdman, Attorney at Law." 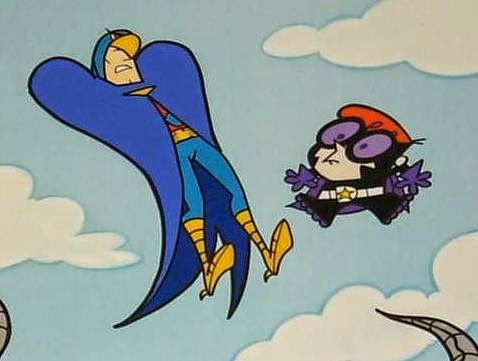 There really wouldn't be a more serious appearance until the "Dyno-Might" episode of "Dexter's Laboratory," where Dynomutt is mortally damaged in combat and Blue Falcon brings him to Dexter to repair. Dexter of course rebuilds him to the max, into a cross between Robocop, Batman, and a mechtank. Hilarity ensues as BF, Dexter, and the old DW must stop this new threat. A bit cartoony, but not bad, it was certainly better than Harvey Birdman.

The Blue Falcon's next major appearance was very different. In the "Heart of Evil" episode of "Scooby-Doo! Mystery Incorporated," there are several landmarks of note for the character. We finally get an origin story for Dynamutt and the Blue Falcon, the hero is presented very much the same way as Batman in Frank Miller's The Dark Knight Returns, and the Hanna-Barbera shared universe is expanded to include the "Jonny Quest" characters as well with Dr. Benton Quest involved in the origin and Dr. Zin as the villain. 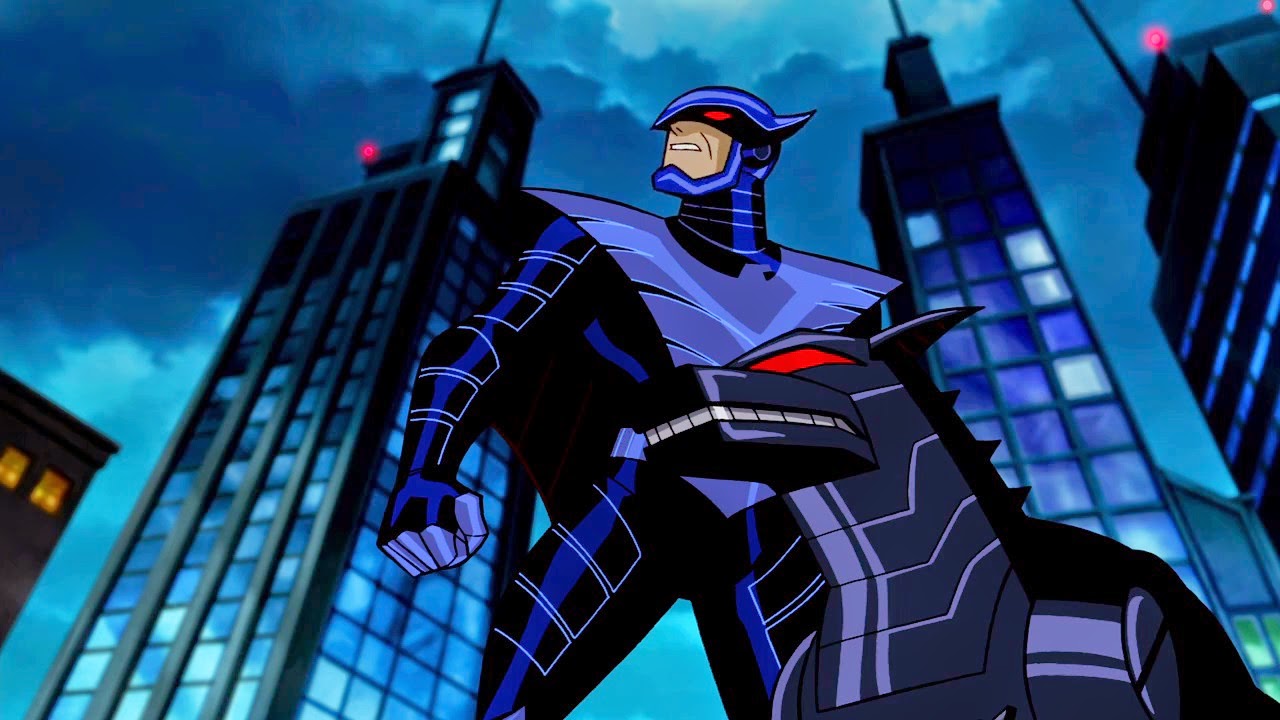 But this year, just as I was getting excited by a world where Jonny Quest and the Blue Falcon co-exist, they rewrote the rules. Scooby-Doo! Mask of the Blue Falcon reboots the superhero as a fictional character from comics, who had a campy TV series in the past, and now a darker edgier movie coming out now. Yeah, holy Batman, Batman. It does however make some nice points about grim and gritty superheroes and Hollywood.

The direct-to-DVD movie is not without its charm however. Many of the Hanna-Barbera superhero characters of the past appear as background as this case happens at a comic book convention. Look for cameos of Frankenstein Jr., Mightor, the Herculoids, Hong Kong Phooey, Space Ghost, Apache Chief, even Atom Ant, and others. These Easter eggs make the feature almost tolerable. Despite his name in the title, the Blue Falcon isn't really in this flick. There is a sequel in the works, set in the same continuity.

Dynomutt and the Blue Falcon live on however in our memories, and on DVD (though not yet streaming). If you remember the toon, relive it, and if you're a noob, check it out. It's an animated slice of the 1970s worth watching.