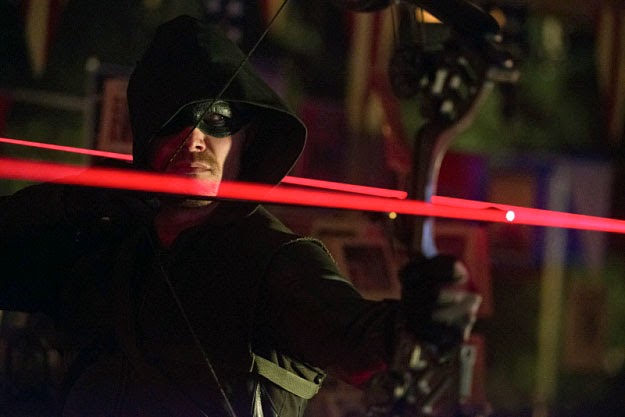 "Arrow" is back after its holiday hiatus. There is still no date for the pilot for "The Flash" to air but there's buzz of still another DC Comics character joining "Arrow" on the CW, Hourman, which may also tie directly into this series. Of course "Gotham" on Fox and "Constantine" on NBC probably won't be connected, but it seems like DC is taking over TV.

Meanwhile in Starling City, things are much the same as they were a few weeks ago. When we last tuned in, things were kinda turned up to eleven. Brother Blood was was out to make an army of super soldiers. He had injected Roy Harper with Mirakuru. Barry Allen was hit by a 'flash' of lightning after a particle accelerator explosion in Central City. And Cyrus Gold, not yet Solomon Grundy, was changing in his own way by getting his head splashed with green chemicals. 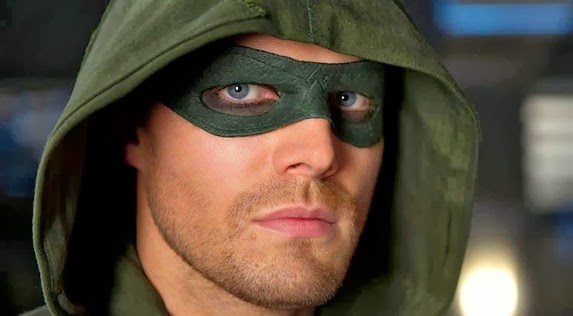 In the past, we witnessed Ivo killing Shado, and Slade brought back to life by Mirakuru. Finally we learn that Slade, in the present day, is the cause of all Oliver's problems. Caught up? If not, you can read my previous reviews of "Arrow" here. But now, we're back.

We open on Arrow taking out a drug dealer to find out who the man in the skull mask is. Oliver is scared, scared of what the bad guy will do with the Mirakuru. Felicity is not there, she's with the five weeks comatose Barry temporarily, which means Diggle has to tap keys and make magic. Felicity makes it look easy. And have I mentioned how much better our hero looks in a mask? 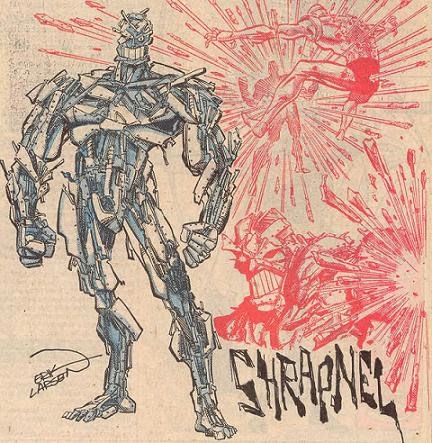 Laurel continues to investigate Blood, as he continues to run for mayor with Oliver's support. Laurel investigates by playing passive romantic interest to Blood, and asking occasional probing questions. It's awkward and we can see the man behind the curtain at times. It seems especially fake and manipulative when Blood tells her about his parents. I know that these two can act, but they don't show it here. More believable is when Laurel confronts Blood's 'aunt' and finds out what really happened to his parents.

In the midst of all this, there is an explosive arsonist, a military trained mad bomber that calls himself Shrapnel. Now in the comics, Shrapnel, principally an enemy of the Doom Patrol, although he has fought a plethora of heroes including Superman, Cyborg, and the Outsiders, is something completely different. He's a metahuman made of shattered metal who can explode himself at will the reform. Yeah, he's a deadly piece of super powered weirdness and evil. In "Arrow" however, Shrapnel is just a clever mad bomber. 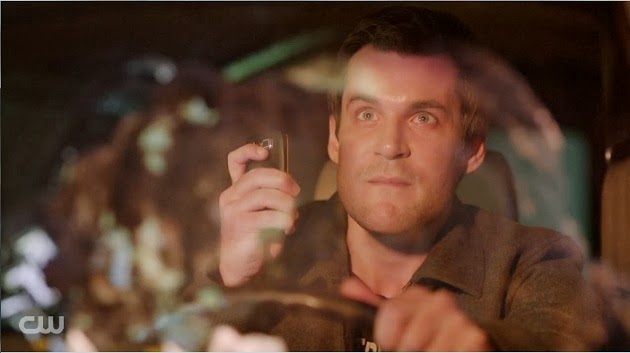 Even though the relationship works in a simultaneously friendly and hostile atmosphere, I am loving the work dynamic between Arrow and Quentin Lance, refreshingly so anti-Batman/Gordon. Paul Blackthorne doesn't get to do much this episode but his chemistry with Stephen Amell's Arrow is tops.

As we watch Roy, and Thea, discover his new abilities via Mirakuru, in flashback we watch Slade struggle mentally with its effects as Ivo hunts our three heroes if the past. Neither Barry Allen nor Cyrus Gold appear in this episode, their shadows hang heavy in the plot. Too bad we know it will be some time before we have a resolutionary flash in at least one of those subplots.

The threat of Brother Blood is getting bigger, but it appears we may get a taste of Deathstroke in the present day finally next week. Can't wait.