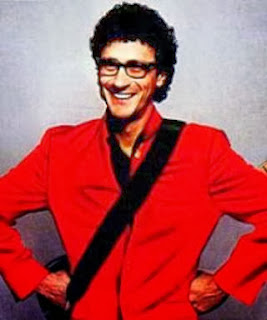 Donnie Iris may be a name solidly from the past, but it's one that is back in the news recently.

Dominic Ierace, better known by his stage name of Donnie Iris climbed to fame as a member of The Jaggerz and the writer of "The Rapper." That was in 1970.

After that he became a solo act, sometimes backed up by The Cruisers and produced vintage FM classics in the early 1980s like "Ah! Leah!" and "Love Is Like a Rock."

As the decade continued, Iris continued to try to compete with low charting singles like "Tough World," "The High and the Mighty," and "Do You Compute?" He even released a pseudo-rock Christmas album called Ah! Leluiah! but he would never again see the success he had with the rock new wave crossover hit "Love Is Like a Rock." Now, he is suing Sony for royalties owed when "The Rapper" was sampled by The Game for their 2008 song, "Letter to the King." Iris still tours the Pittsburgh and Ohio region with The Cruisers.