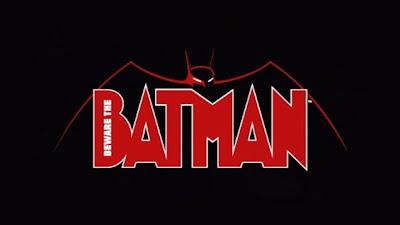 I approach this new Batman series with both trepidation and resentment. We're getting this series as not only a replacement for the old "Brave and the Bold" series, which gave us an intriguing and entertaining new direction for the character, but also a replacement for the much loved, and inexplicably ended "Green Lantern" and "Young Justice." I would have much rather had either of these series back, or a JLA spin-off from the later than anything else Cartoon Network is offering lately, especially the superdeformed mutilation called "Teen Titans Go!" or this newest version of Batman. 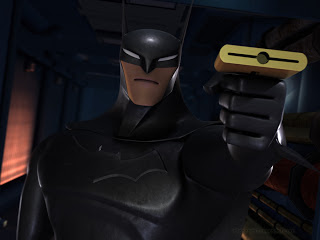 "Beware the Batman" is a bit of an oddity, with, in my opinion, very little to like. The animation is CGI style like the aforementioned Green Lantern series, and there seems to be very little reason to have it done in this method. There are no wild scifi elements that this style would benefit. Batman's head is odd and his whole costume has a wet, almost slimy, vinyl rubber look.

It is also quite violent. I was surprised at how violent, and I'm pretty desensitized to that sort of thing, especially when it comes to superheroes and cartoons. This is also a very different concept for Batman. He is, once again (groan), early in his career and therefore inexperienced. Why can't we have the confident and competent Batman? That's the one we like, not the bumbling amateur. 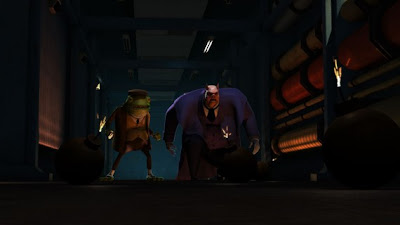 I said this was a new concept, well, young and dumb isn't what I was talking about. Alfred is very different. More than a butler, he is an Australian ex-spy who looks like cross between Lex Luthor and Vin Diesel. It's an intriguing idea, but I don't like it.

Also in the way of change, I understand that the standard rogues gallery is being jettisoned for this new series. I think this is a very odd decision as Batman's bizarre enemies are as much a part of his popularity as everything else. In the opener, he fights the very strange Grant Morrison creations, Professor Pyg and Mr. Toad. I was not impressed. Also featured in the episode were a non- Mr. Terrific Michael Holt and a decidedly pre-Metamorpho Simon Stagg. Was this just for the Easter egg name drop then? Let's face it, Mr. Terrific and Metamorpho are what makes these characters interesting, without them, why use them?

I'm giving this series a wait and see option. I haven't really decided yet. It could go either way after watching just one episode, but I really don't know. 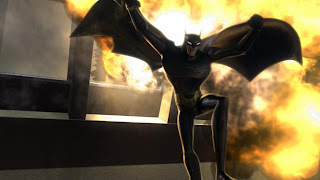 I did however like the DC Nation short featuring the Tarantino-esque Aeon Flux style retro Wonder Woman short. Can't wait to see more. Instead of another Batman, why not a series based on this, of one of the other better shorts like Amethyst, Sword of the Atom, Plastic Man, or Thunder and Lightning? Or if you insist on Batman, how about Batman of Shanghai?