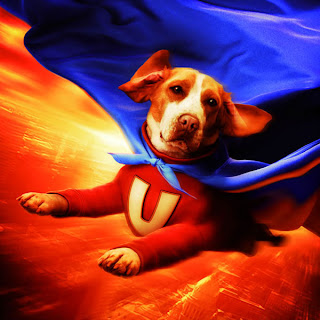 Underdog ~ When I first heard about this flick, a live-action version of General Mills' animated "Underdog" with Jason Lee in the title role... I have to admit I was more than little turned off. Recently however I was checking out the movies of Peter Dinkage from HBO's fabulous "Game of Thrones" and I saw that he was in it. Then after seeing a pic of him in the role of Underdog arch-villain Simon Barsinister, along with "Seinfeld" supporting cast member Patrick Warburton as his henchman Cad - I was sold. I had to see it, if for nothing else, the inspired casting. 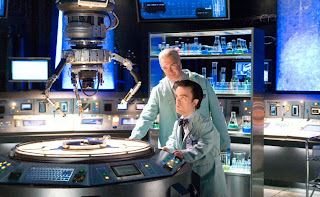 The opening credit sequence showed clips from the cartoons, I had a little more hope but still wasn't sure. We had to sit through the mandatory origin story, which was interesting as we had never seen it before. I was a little disappointed the hero was linked to the villain as happens so often in movie versions of superhero origins. Although as the movie went on, even with Jason Lee's annoying voice and voiceovers, there were more and more things that made me smile. It's not perfect, but they tried real hard.

I would recommend this version of Underdog for the kids on one condition. When it's over, sit your kids down with the real "Underdog" cartoons, so they know what's what.