And Here's Your New Spider-Man... 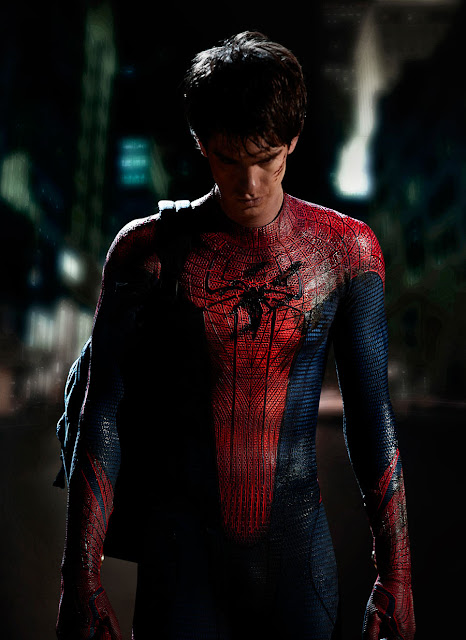 Here's our first shot of our new Spider-Man from the reboot of the film series starring Andrew Garfield. He's not an actor who was on my radar but apparently he's had roles in The Social Network, The Imaginarium of Doctor Parnassus, the Red Riding trilogy, "Sugar Rush" and even one in "Doctor Who." Honestly though, other than the kid taking on Spidey, I never heard of this American-born British rising star before.

Garfield might be a suitable Peter Parker, if he can pull an American accent, but I think he might be too scrawny for Spider-Man. This is also our first look at the costume, which I'm sure geekier fanboys than I will be dissecting more ably. The suit looks like it's been through a fight, and through the mud, but still details come through that are needlessly different from the original. Hey, Columbia, what's wrong with letting Spider-Man look like Spider-Man?

This is of course the first of many photos to come. The new reboot, which will reputedly be following the continuity of Ultimate Spider-Man by Brian Michael Bendis, also stars Martin Sheen and Sally Field as Uncle Ben and Aunt May, along with Emma Stone as Gwen Stacy. Supposedly, it's coming to theaters in July of 2012.