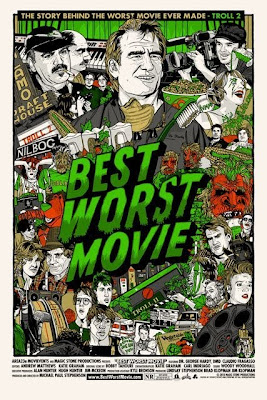 Best Worst Movie ~ What's the worst movie ever? That's a question of much debate. For myself, I immediately discount stuff like Plan 9 from Outer Space and Glen or Glenda? because however cheaply made or haphazardly written, these are still hilarious and entertaining, no matter if it 's unintentional. In the same way, anything that falls into the "Mystery Science Theater 3000" category doesn't count either, as it's interactively entertaining.

That said, I would put MST3K alum Manos: Hands of Fate up for worst film ever. It's intolerable to sit through. I would also throw in Barfly and 1989's Blue Steel up on the butcher block as well. And don't get me started on The Dark Knight or Moulin Rouge!. This documentary makes a case for the infamous Troll 2. 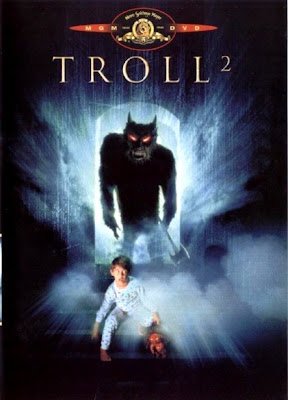 Written and directed by one of the childhood stars of Troll 2, Michael Stephenson, this is an examination of the cult classic status of the flick as the worst movie ever. He interviews one of his co-stars, a dentist-turned-actor, and the Italian filmmaker that made the flick possible, among others. This documentary is a fun romp for fans of film and fans of bad camp horror movies alike. Check it out.