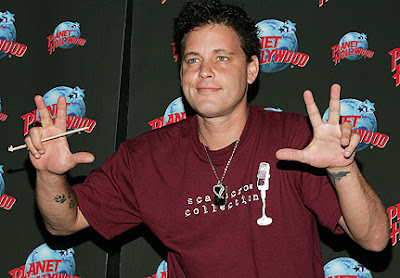 Fallen teen idol from the 1980s Corey Haim was found dead this morning in Los Angeles, possibly from a drug overdose. The star had increasingly difficult problems with drugs throughout his career.

Haim was most prominently known as one of “The Two Coreys,” (also the name of their recent short-lived reality show) who sometimes along with fellow child star Corey Feldman starred in a number of successful films in the 1980s including The Lost Boys, License to Drive, Watchers and Lucas.

In recent years he had become more of a joke and trivia question answer than anything else, and a poster child for teen stars who can’t make the transition to adulthood. Let’s hope Corey has found the peace he couldn’t find in life.