Len Wein and the Golden Age of Comics 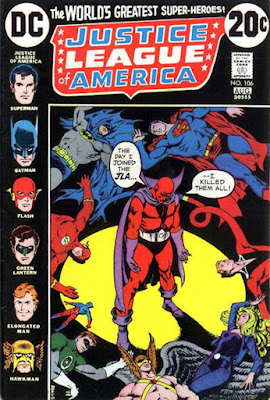 There's a saying among comics fandom, a play on words really, that the real golden age of comics is ten. Traditionally the Golden Age is considered roughly from 1938 to 1951 when all the great characters were created and things were simpler and better in general. Also as implied, when most folks start reading comics they are a magical age when they believe all the wonders they read, and that nostalgia stays with them, forming the basis for their love of the genre. For me, that love came roughly between the ages of six and twelve, and most of the good comics that formed my magic time were by a guy named Len Wein.

The man passed away this past weekend, and many folks have memorialized him, in personal blogs, comics press, and even the mainstream media. Most mention his huge triumphs in the field. Len Wein created Wolverine, Swamp Thing, co-created the New X-Men, and edited Watchmen - all events that advanced, shaped, and transformed comics as an entertainment medium - and all true. However, that's not really what I remember him for. I remember him for the comics that shaped me and my thinking, and my love of comics. 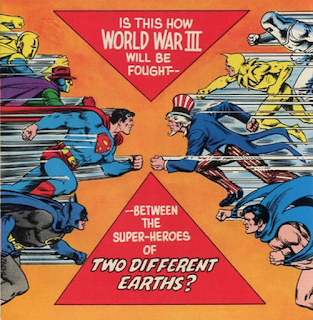 As I was beginning to learn to read, more from comic books and Dr. Seuss than from any of the Dick and Jane readers at school, Len Wein wrote the comics that thrilled and amazed me. When comics were coming down off the social relevance trend of the late 1960s and early 1970s, Wein sought to bring back the characters that made comics fun for him. He re-established the paradigm of superheroes and super-villains, and returned a fun Silver Age and even Golden Age vibe to the oncoming Bronze Age of comics.

In Justice League of America, a comic he was only on for a short time, he turned these characters from a group of heroes who sometimes worked together into a team of friends who were a finely tuned fighting unit, who knew each other, watched each other's backs, and even socialized together. Wein returned not only traditional Silver Age villains like Amazo, the Key, Felix Faust, T.O. Morrow, the Shaggy Man, Eclipso, (and indirectly the Queen Bee and the Lord of Time), but also revived Golden Age superheroes like Earth-Two's other super-team (a decade before the All-Star Squadron) the Seven Soldiers of Victory, and gathered the old Quality Comics heroes as the Freedom Fighters of Earth-X, a parallel world where Germany won World War II - soon to be featured in an animated series on CW Seed. In an age where young readers were being newly introduced to these characters in the reprints of the 100-Page Super-Spectaculars, Wein brought us new stories of these greats. 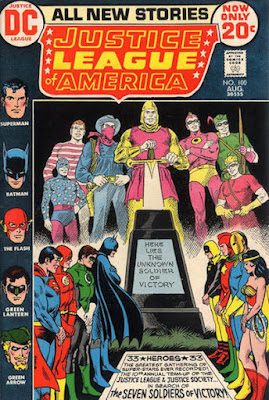 Wein also, in his all-too-brief fifteen issue run on JLoA, expanded the membership for the first time in years. He added the Elongated Man, a move that was a long time coming; moved the emotional android Red Tornado over from Earth-Two, after killing him in one of comics' earliest hero deaths; and inducted the mysterious and seemingly out-of-place Phantom Stranger into the team's ranks. He was able to make the Stranger work within the team better than any later writers, probably because Wein himself was writing the character in his own title at the same time. He always had a mastery of these new members, as well as guest-stars, the Justice Society, when under his pen. Speaking of the JSA, Wein had the honor of writing the hundredth issue team-up of the JLA/JSA, as well as introducing the concept of adding a third team to the annual mix, and even wrote the only one-issue teaming of them. Speaking of guest-stars, he also helped engineer the first unofficial DC/Marvel crossover at the Rutland Halloween Parade. 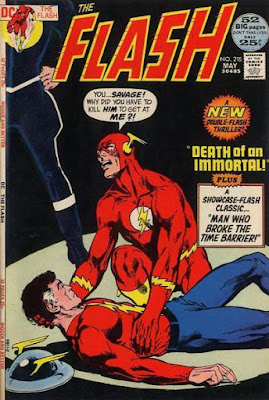 Speaking of the JSA, another story that resonates with me to this day is Flash #215, written by Wein during his short stint on that title, which I've briefly talked about before. With a dramatic Neal Adams cover and interiors by Irv Novick, in my opinion, the Flash artist, this story told the tale of Barry Allen waking up in bed with his Earth-Two counterpart's wife Joan, finding that he'd replaced Jay Garrick. After that weirdness, Barry goes on the find Jay in the limbo dimension and fighting the Vandal Savage, yet another Golden Age character that Wein breathed new life into. This remains one of my favorite Flash stories, and made me love Jay Garrick.

Also notable from this era were his Adventure Comics stories with Supergirl and Zatanna respectively, which I still love. I bet if he'd stayed on JLoA longer, he would have brought Zatanna on to the team much earlier than she ended up joining. While they were going on at roughly the same time, and I did not read them at the time, I did eventually read Wein's fantastic stories of the Swamp Thing, Phantom Stranger, and Korak, and dug them. And let's not forget that he also co-created the Human Target, a back-up feature I never understood as a kid, but loved as an adult. 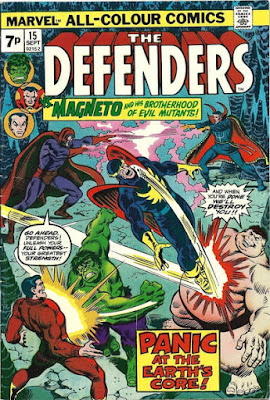 This was the mid-1970s now, and Len Wein had moved across the street to Marvel Comics, where he would create Wolverine as a Hulk foe; assemble the New X-Men, reviving that title which had been in low-selling reprints for a while; and had longer (if not as memorable, to me at least) runs on titles like Amazing Spider-Man, Thor, Fantastic Four, and Marvel Team-Up. What I do remember him on was Defenders, which he picked up on after Steve Englehart left the book. Wein would recruit Nighthawk to the team, one of my favorite Defenders, after an eerily familiar clash with Marvel's parallel universe evil Justice League, the Squadron Supreme (or was it Sinister? I always get confused).

Len Wein would return to DC Comics however as an editor. He was editing both Justice League of America and Flash ironically when I met him at a Creation convention around the time of those two titles' 200th and 300th landmark issues respectively. I told him how much I enjoyed his Justice League stories, but also expressed, perhaps too cockily, an opinion that the 200th issue shouldn't be so full of guest-stars as the 100th issue was. He took the left-handed compliment well, smiled, and said I would be pleased with Justice League of America #200. I was, the tale, which pitted the original members against all the later members of the team in a retelling and return to their origin, is not only one of my favorite stories, but also a lot of folks' too. 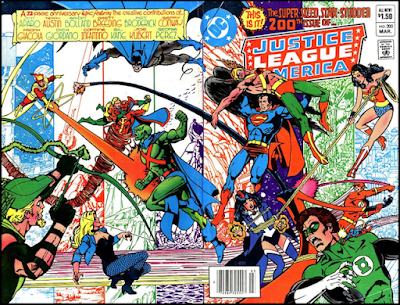 Later Wein would go on to edit Watchmen, write the new Blue Beetle series, and oversee the Who's Who project, all wonderful stuff. He continued to write and edit for years to come, including Batman, Wonder Woman, and After Watchmen. He won many awards, even wrote for television animation, the last work I saw from him was the adaptation of Harlan Ellison's script for Two-Face on the 1966 "Batman" television series. We have lost one of the greats in the comics field, and we are all poorer for it. Len Wein was and is a legend, and he'll be missed.