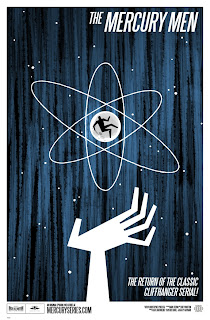 Aside from the occasional mini-series, a Saturday night Asylum movie just for laughs, and of course, "Warehouse 13," I don't watch all that much Syfy Network anymore. I gave "Alphas" a momentary spin but it just didn't keep my interest.

I do however have the Syfy app on my iPhone and there were some very cool previews on there. The one I was most excited about was a black and white movie serial-ish thing called "The Mercury Men." I couldn't wait for this thing to air, as I would be riveted in front of my TV. Sadly as the airdate got closer, I discovered it was a webseries, not for TV. Disappointed a little, I was still excited. 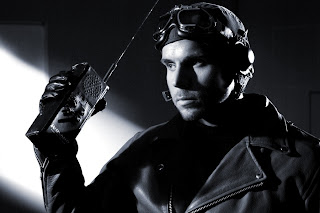 So when the day came I watched each five to ten-minute installment with anticipation. It was everything I thought it would be - black and white movie serial goodness. The brainchild of writer/director Chris Preksta, The Mercury Men is a wonderful sci-fi adventure in the style of Flash Gordon or Buck Rogers or any of the rayguns and rocketships serials back in the day.

When a off hours office worker is attacked by glowing men who shoot lightning from their hands and is turn saved by a cross between Indiana Jones, Buck Rogers and Airboy - the rollercoaster of action and suspense begins and doesn't stop. Have I mentioned how much I love this? 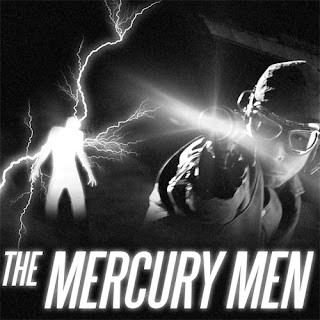 Right now, you can see "The Mercury Men" here, or OnDemand, although I wish Syfy would just put it on the air, or better yet, make it a regular series. How about it? In the meantime, everyone else check out this great web series.