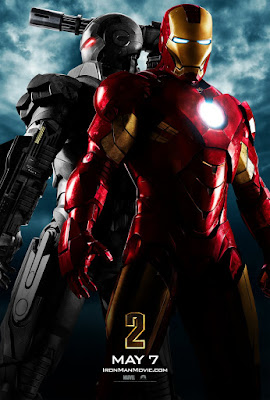 Iron Man 2 ~ I’ve been waiting for this for a while now, and it finally opened, a bit late for the previews to have become annoying, and of course even more annoyingly, a week after it opened in the UK and Australia. I really have to wonder why the movie companies insist on staggered releases across the world when the internet exists. Don’t they know the flick has already been spoiled for American audiences?

Iron Man 2 picks up almost immediately as the first film ends, but not in the way one might think. From there it becomes a rollercoaster ride of subplots as if it doesn’t know what its real storyline is.

Of seeming highest priority of possible plots is Mickey Roarke’s Ivan Vanko who wants revenge on Robert Downey Jr.’s Tony Stark for supposedly stealing his father’s design. There’s Tony’s new heart poisoning him just as he’s drinking himself to death and risking his life. There’s Gwyneth Paltrow’s Pepper Potts (still the dumbest comic book name ever) trying to run Stark’s company and of course her non-romance with him that doesn’t exist in the comics. And the government, in the face of the strangely cast Garry Shandling, wants the Iron Man ‘weapon.’ Those are just the big ones. 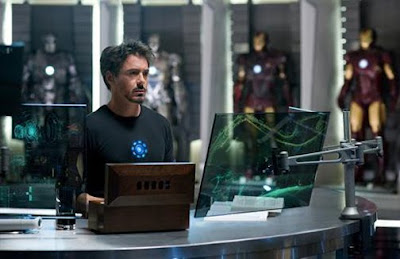 Any one of these could have been the main story, and served it well on its own, but for some reason the script couldn’t make up its mind. Underneath the surface of this Iron Man is bubbling an Avengers prequel, and for those aware of what Avengers is, it is a major undercurrent of this film, perhaps moreso than anything to actually do with Iron Man.

Rumors from overseas seem to be right on this front, that this is more an Avengers movie than an Iron Man movie. Easter eggs abound everywhere, from Captain America’s shield to Thor’s hammer, to the outright appearances out of nowhere of Samuel L. Jackson’s ultra-cool Nick Fury to Scarlet Johansson’s ultra-hot Black Widow (although it’s notable her superheroine name is never mentioned). It makes you wonder why Marvel would risk the Iron Man sequel for a movie that’s not even written yet. 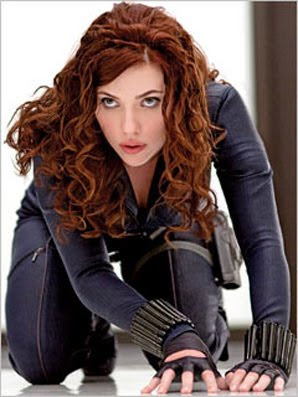 And there are still yet more subplots. They tried to squeeze Tony Stark’s problem with alcoholism in there. Don Cheadle, a great actor, but a poor substitute for Terrence Howard, puts on the War Machine armor. Sam Rockwell does an impressive Robert Downey Jr. impersonation, that I’m not sure is in homage or mocking his Stark, as a decisively younger Justin Hammer.

The big guns of this script are largely disappointments. Downey is simply over the top, as if he doesn’t care anymore. Paltrow struggles as if she doesn’t know what to do with herself on screen. Mickey Roarke is damn good and owns the film when he is onscreen, he’s just not there nearly enough. His character, a merging of two Iron Man foes from the comics, Whiplash and the Crimson Dynamo, had enough depth to carry the whole film – but the script would not let it happen. 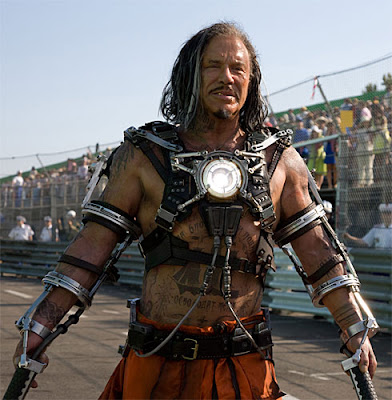 I did enjoy the film, but that was as a hardcore comics fan. I think it might be too jumpy and frenetic for mainstream audiences, who will also be giving all those Avengers references blank stares. And speaking of Avengers – stay through the end of the credits, or you will regret it. Iron Man 2 is fun and action-packed, but it’s nowhere as good as the original.