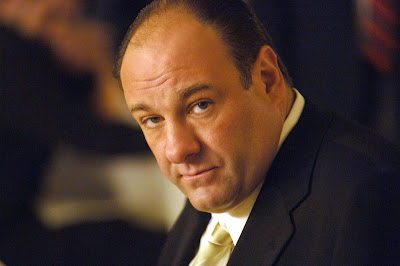 Actor James Gandolfini died today in Italy from a massive heart attack, he was 51. The three time Lead Actor in a Drama Emmy winner was best known for playing bipolar modern gangster and family man Tony Soprano in HBO's "The Sopranos." He was also a producer, and a star of stage and screen, besides his television work.

I first became aware of the man when he played a very evil piece of work in Tony Scott and Quentin Tarantino's True Romance. His menacing presence made him perfect for the complex character of Tony Soprano in my opinion. 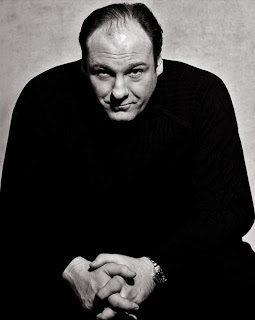 "The Sopranos" first entered my wheelhouse during its second season. I had written a still unpublished novel with hyper-violent overtones. Two beta-readers told me I needed a balance between the violence and the drama of everyday life, and both, separately suggested that I had to see "The Sopranos" so I could see how it's supposed to be done. I got HBO, and was blown away. I quickly caught up, and was addicted to the show until its end.

Most of the reason the show was so successful was Gandolfini's talent and presence. If we did not believe Gandolfini as Tony, the show falls apart. He was the show in many ways.

The man was perhaps the best lead in perhaps the best show ever made for TV.   It is so sad to lose such a talent so young. Who knows what might have been in his future. James Gandolfini will be missed.