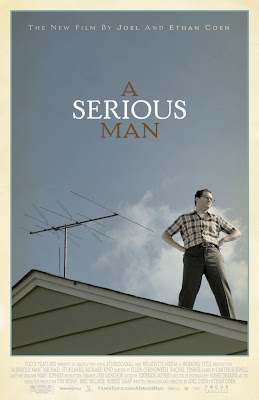 A Serious Man ~ The latest from the brilliant writer/director Coen brothers at first seems to be about a 1967 college professor whose life unravels after his wife leaves him, but underneath it all, it’s really a black comedy about Jewish religious mystery. This strong contender for Best Picture Oscar is a step back in the right direction for Coens after a couple misfires. Highly recommended.

GI Joe: Resolute ~ This animated version of GI Joe represents a more adult interpretation. Rather than ray gun weapons and morality plays, this one has knives, guns and blood. The realism is more gimmicky than anything else as the story and the characters are fairly predictable and pedestrian. A fun watch for fans but offers little else to the rest of us.

Temple Grandin ~ An excellent entry from HBO Films based on a the true story of Temple Grandin, an autistic woman who designed more humane methods for taking care of and unfortunately slaughtering cattle. It’s a powerful story with an actoring tour de force by Claire Danes as the title role that if she doesn’t get an Emmy nod it’s a crime. Highly recommended. 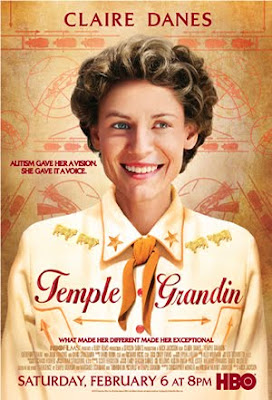 What Happens in Vegas ~ Harmless but fairly predictable 2008 romantic comedy about two people, Cameron Diaz and Ashton Kutcher, who meet and marry in Las Vegas while intoxicated then hit the jackpot. To keep the cash, a judge orders them to stay married for six months, and hilarity, as they say, ensues. It’s predictable fun, even though I still don’t see what the big deal about Kutcher is.

The Dead One ~ This minor horror flick is proof that typecasting sometimes can not be broken. Wilmer Valderrama of “That ‘70s Show” plays the undead pawn of an ancient evil Aztec god, and it’s really not a bad scary movie, with legitimate horror moments, but every time Wilmer is on screen all I could think was “It’s Fez!” Really ruined it for me.