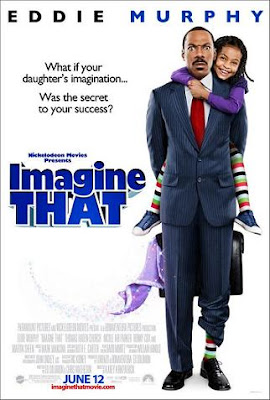 Imagine That ~ This is actually pretty good, imagine that. Unlike Adam Sandler who I really don’t care for, I like Eddie Murphy. Like Adam Sandler however, Eddie keeps making terrible films. When The Bride wanted to see this new one, I just groaned but went along just cuz I love her and all – but I was relatively sure I was not going to enjoy it. Surprise! And a pleasant one too. Imagine That is a feel-good little family film. It’s a tad predictable and requires a bit of that old suspension of disbelief from the adults, but still a lot of fun. Great Beatles cover soundtrack too.

American Zombie ~ A cool concept of a documentary made about zombies in a world where they have integrated into society. It moves swiftly from funny art school hi-jinks with a camera to Blair Witch-esque horror to conspiracy theories. Just when you think it’s run its course the film changes form like a basilisk. More intriguing and compelling than it deserves to be. 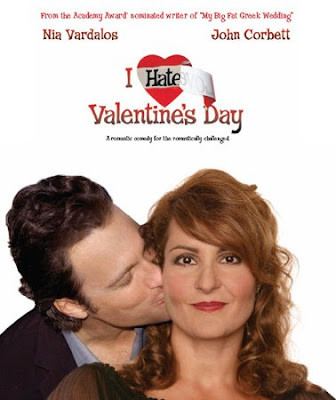 I Hate Valentine’s Day ~ More anti-chick flick chick flick entertainment from Nia Varadalos. She seems to excel on using the formula while bringing a new twist or touch to it. This one, written and directed by Nia, reunites her with My Big Fat Greek Wedding co-star John Corbett. Cliched but fun, definitely worth seeing.

Knowing ~ More of Nicholas Cage playing himself flawlessly in a one note flick. Unimpressive, despite the intriguing premise, but the disaster scenes are pretty cool though. It’s a shame the rest of the film doesn’t match up. For a movie about predicting the future, this was just waaay too predictable.

Pauly Shore Is Dead ~ Probably the best Pauly Shore film ever, period. Smarter and funnier than it should be – if only it had an ending.